Republican considers bill to repeal everything Obama has signed into law; Mitt Romney wasn't there to kill Soptics wife; Democrat national vote fraud strategy exposed; Seeking more government dependents; Hope and Change displayed by gunboats in Tampa; No, Mr. President, the whole world would not like to trade places with us; Poor Michelle, she doesn't get paid!; Effects of Obamacare on Papa John's; Such lofty Presidental language: "Don't muck it up"; Obama administration tells police not to arrest Portland Occupy scofflaws; Republicas will be filing lawsuit against Atty General Holder; The goodness of Pete Hoekstra; Milk is NOT good for us?; MI 2nd worst state for retirement

*Rep. Steve King (R-Iowa), an outspoken critic of just about everything President Obama supports, is considering introducing a bill that would repeal everything Obama has signed into law.

King put forward this suggestion to an Iowa audience on Tuesday, when he also reiterated his threat to sue the Obama administration for its June decision not to deport younger illegal immigrants. Under that policy change, illegal immigrants who are in school or have served in the military would get a two-year deferral from deportation.

"I am bringing him to court, and we're going to defend the Constitution of the United States and the separation of powers," King said Tuesday, according to The Messenger in Iowa. http://thehill.com/blogs/floor-action/house/242797-rep-king-mulling-bill-to-repeal-everything-obama-has-signed 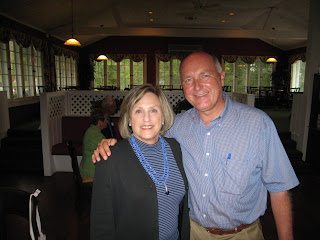 As a resident of the 1st Congressional District something that really stands out for me is when Pete Hoekstra (not Bart Stupak) came to Northern Michigan to hold town hall meetings regarding the health care bill. Our own representative would not listen, yet Pete Hoekstra came here to take our voice to D.C.

Recently, upon entering the Union Station Metro station here in Washington, I noticed a rather surprising ad campaign. In an effort to make school lunches healthier, the ad said: “Let’s move milk out of school lunch.”
The Physicians Committee for Responsible Medicine (PCRM) claims that recent studies dispute every single other study ever conducted which say milk is good for you. They say that milk does not: