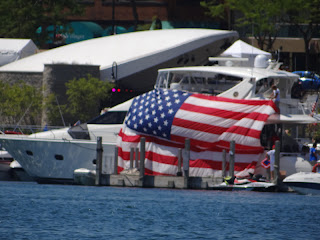 Questions for the Supreme Court regarding Obamacare

1)      Is this the first time a law passed by Congress and signed by the President actually had its wording and express intent rewritten by the Supreme Court in order to be deemed Constitutional?  The President and the Democrats who passed the bill into law without one Republican vote declared and insisted that it imposed a penalty and not a tax, and would be administered under the Commerce Clause.
2)      Once you deemed the law a tax and passed it as such, did you not consider that our Constitution requires that any law having to do with taxation, unless it is an amendment to an existing law, must be initiated in the House of Representatives?  Since this law was begun in the Senate, once you deemed it to be a tax, you then must have thrown it out of court for being unconstitutional for that reason alone.
3)      Tax laws are forbidden to be judged by any court other than a tax court until such time that someone has actually paid the tax, which is not until 2014.  The law states one must pay the tax, and then sue for a refund.
4)      Was it your intent to actually encourage our government to force Americans to do anything they want us to do if only they call it a tax?  Or will that simply be the unintended result?

Clarifications for Americans regarding Obamacare

1)      The same government which has bankrupted social security, Medicare, Medicaid and the Post Office will probably not administer health care for all Americans in a cost-saving way.
2)      Businesses will be dropping health care coverage, instead paying the “penalty tax” – leaving employees forced into government exchanges.  Individuals will simply pay the tax and wait to be ill prior to gaining coverage from government.  Do you realize this was the plan of Democrats all along, as it gives great power to government?
3)      Because 10% of Americans had no health insurance, President Obama and Democrats in Congress have taken over the health care of 100% of us.  Some of those uninsured are illegals, some having chosen not to be insured because they are either too young to believe they need it or old and/or rich enough to pay for their own health care.  What a great way to reduce that nasty capitalism and competition and make more citizens rely on government largesse – and vote Democrat.
4)      In polling, up to 83% of doctors have declared that if Obamacare survives, they are considering retirement and discouraging children and friends not to become doctors.
5)      Insuring 30 million more people in American with a quickly declining number of doctors will not actually end well.
6)      Because of the ongoing and increasing difficulties doctors are having being reimbursed appropriately many doctors are now refusing to see Medicare patients.
7)      The power given to the Secretary of Health and Human Services, whomever that may be, is nearly absolute.  The law was written for that Secretary to take regulatory action on her own, such as when Kathleen Sebelius mandated all Americans will pay a surcharge each month to pay for abortions and birth control for all.  The Secretary alone determines each of 139 requirements of the law.  She will on her own be able to dole out billions of dollars in grant money as well.
8)      Have you considered the outcome of Obamacare’s mandated Independent Patient Advisory Board?  This group of 15 presidential appointees has the power to reduce Medicare spending in any way it pleases, their directives becoming law unless 3/5 of the Senate votes against it.  Patients, or “units” as they have been called, will be given care according to a formula using their age, the procedure, and the panel’s estimate of the patient’s life span and good use of that procedure.  As our President himself said, “Maybe you are better off not taking the surgery – but taking the pain pill.”
9)      The largest burden of the taxes of Obamacare mandates will fall on those in the middle class - $1.8 trillion.  There are the “penalty taxes” plus 20 other new taxes in the law, 50% of which will be paid by those earning less than $250,000 a year.
---------------------------------------------------------------------------------------------------
In just the first three years of Obama’s presidency, his administration added 106 new major federal regulations at a cost of more than $46 billion per year.
Sunstein, the liberal media darling who headed the Office of Information and Regulatory Affairs, will return to his previous post at Harvard Law School. While working for the White House, Susnstein’s job was to oversee regulations throughout the federal government. Glenn Beck called him “the most dangerous czar.”
The announcement prompted the typical flattering statements from the White House that Politico’s Mike Allen carried verbatim. They praised Sunstein for saving “billions” with his reform efforts. Of course, missing from the story was any mention of the costly regulations that the administration has also implemented. http://hotair.com/archives/2012/08/03/debunking-the-myth-of-obamas-regulatory-record/