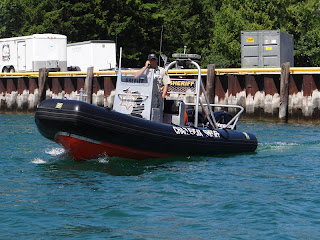 Yes, of course the Somalia Muslim gangs are growing, along with the threat they present. The Obama administration is importing whole Muslim communities from Islamic countries like Somalia. Their refugee status is determined by the UN. The "diversity" immigration numbers are doubling, tripling in some months.
http://atlasshrugs2000.typepad.com/atlas_shrugs/2012/07/minnesota-sheriff-reports-to-congress-on-growing-somalia-muslim-gang-threat.html

What if the president of Chick-Fil-A were a Muslim instead of a practicing Christian? What if instead of Dan Cathy his name was Dan Shahar or Adil Bashir? I think I know the answer to the question of my hypothetical but for the sake of having to write more than a paragraph let’s dive deeper into this double standard in which the media, the left, and the gay community excuse and outright ignore the legit hatred and documented violence against homosexuals whereas peaceful expressions of disagreeing views from Christians are treated on the same level. You would think Mr. Cathy held a public stoning of a homosexual or tortured a same sex married couple; but of course we’re not in Iran or Saudi Arabia.

It’s funny because everything the left and the media accuses Christians of being: anti-women, homophobic, angry, violent, bigoted, anti-gay, those accusations have actually been proven as fact when you talk about the Muslim world in general. Name me one nation whose population is predominantly Christian that has as one of its laws the denial of women to drive cars. Name me one majority Christian or Jewish nation that restricts women from owning property when their husbands die. Name me one majority Christian or Jewish nation that not only jails homosexuals but tortures them, not to mention stones women in public if they commit adultery. In Saudi Arabia I believe a woman was sentenced to death for criticizing Islam. http://www.redstate.com/tomjeffersonsghost/2012/08/02/what-if-chick-fil-a-were-owned-by-a-muslim-man/

One of the more messianic moments of the 2008 presidential campaign came when Michele Obama promised that her husband would heal us all.

"Without specific, written guidance, there remains the very real risk agency officers, agents, and attorneys making decisions about individual cases would overlook LGBT family ties, particularly the ties of immigrants to their U.S. citizen same-sex partners or spouses, and thereby, decline to exercise prosecutorial discretion," Pelosi, Nadler and 82 other Democrats wrote in a July 31 letter to DHS Secretary Janet Napolitano. http://thehill.com/homenews/house/241721-pelosi-dems-push-dhs-for-clarity-on-lgbt-deportations
------------------------------------------------------------------------------------------------------------
Criminal justice data shows that blacks and poor people are the most common victims of voter fraud and are the greatest beneficiaries of voter identification rules, according to a new study.
The courtroom evidence “completely contradicts the [progressive claim] that blacks, seniors, college students and other disadvantages groups are being victimized,” said Horace Cooper, an adjunct fellow at the National Center for Public Policy Research.
“The truth is … [that] the criminals — more often than not — are Democrats violating the rights of people who tend to be black or senior,” he told The Daily Caller.

Iranian Supreme Leader Ayatollah Khamenei has summoned top Iranian military chiefs for what he called "their last war council". He told them, "We'll be at war within weeks", suggesting sometime in September or October.
This follows on the heels of another media-ignored story that Obama has been telling the Israelis and Saudis that the U.S. will attack Iran in October.  Does Obama really mean this, or is he lying to them in order to forestall an attack initiated by them?-http://debka.com is reporting that high-level Saudi sources are telling visiting officials that Obama has decided that if nothing changes between now and October the U.S. will attack Iran's nuclear facilities.