Pink slips coming right before election; Obama and those who have achieved; Voter fraud in Hialeah; No proof Obama related to first slave; Romney app beats Obama's; Despotism warning; Michigan's energy policy; CFL's cause cancer; Obama has NOT been to Israel over and over again, Nancy; MI will have constitutional amendment supporting unions on ballot; White House gas mileage standards scare car industry; Does US really need to be more like China?; CO company does NOT have to provide birth control coverage, says judge 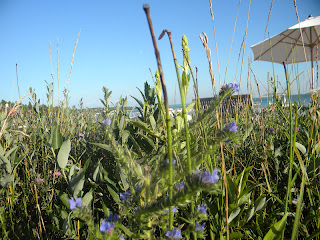 This wasn’t supposed to happen until Nov. 7: It’s like the last act of Titus Andronicus over at GM corporate headquarters.
I’m having trouble understanding all this. I’ve been told that after its Rattnerized bailout GM is “back,” a dramatic ”success story.” The president himself has boasted “General Motors is back on top.” Yet now a few weeks later Bloomberg says the company is in a “slump”–it’s right there, in the headline: “slump.” How can the bailed out, comebacked, turned around success story GM be in a slump when the U.S. auto market as a whole is growing rapidly? It’s almost as if an easily spun media wildly underestimated the problems at GM (and the inadequacy of the administration’s fixes) in a way that helped President Obama’s favored narrative (and pleased a major advertiser at the same time!) …


Media Overjoyed: Genealogists Link Obama to the First Slave... But They Can't Prove It http://www.rushlimbaugh.com/daily/2012/07/31/media_overjoyed_genealogists_link_obama_to_the_first_slave_but_they_can_t_prove_it


A former Michigan legislative leader argued Thursday the future is too uncertain to enshrine Michigan's energy policy in the constitution -- something a pending ballot proposal would do.

Sikkema contends the 2008 RPS standard was thoroughly researched, modeled and adopted by a Democratic House, Republican Senate and Democratic governor.

As a result, Sikkema said the 2008 process created "a comprehensive set of interrelated reforms designed to spur investment in clean energy and other technologies, create jobs, maintain reliability and provide affordable rates for consumers.

25 by '25, by contrast, doesn't require anyone to review its implementation nor does it require the Legislature to develop implementation legislation.   http://www.michamber.com/mirs-weekly-report-0#Sikkema

A report from a German study finds that the purported environmentally friendly compact fluorescent light bulbs (CFL’s),  have cancer causing chemicals that are sent out when you switch on the light

After suffering a string of political setbacks in the U.S. industrial heartland, organized labor hopes Michigan voters will help turn the tide in a November election by supporting a state constitutional amendment for the right to unionize.
The union-backed ballot proposal would make collective bargaining a constitutionally protected right and cripple efforts to pass so-called "right to work" legislation in the state. Critics say the measure, which would cover private as well as public employees, would be a "death warrant" for Michigan's economy because it would discourage businesses from bringing new jobs to Michigan and encourage some already in the state to leave.
Experts say the union push, which included a door-to-door weekend canvassing effort by delegates attending the Detroit convention of the American Federation of Teachers, is likely to increase voter turnout in the fall presidential election in a state that is too close to call. http://www.chicagotribune.com/news/politics/sns-rt-us-usa-politics-michiganbre86s0on-20120729,0,4504.story

The White House is expected to OK federal standards in the next few weeks that will nearly double vehicle gas mileage for vehicles by 2025, as automotive dealers warn the changes could slam the recovering retail car industry because they will come with sticker prices that will keep buyers off their lots.