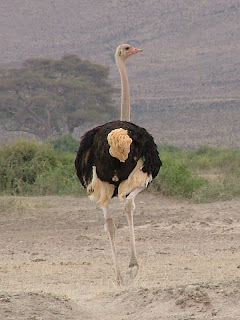 The statute stipulates that anyone who “speaks of and concerning any woman, married or unmarried, falsely and maliciously imputing to her a want of chastity” is guilty of a misdemeanor of the first degree. Allred explained that the statute recently came to her attention as having never been repealed, and that it could very well apply to Limbaugh’s remarks as his show is broadcast from West Palm Beach.  [It's clear that the First Amendment is under attack.]


“We’re very excited about having Louis C.K. at the dinner,” said Jay McMichael of CNN, who chairs the RTCA’s executive committee. “This is an evening you’ll want to experience. We’re shaking things up, showcasing the unexpected, and delivering lots of laughs.”

Lots of laughs, indeed: Mr. C.K., it turns out, is foul-mouthed even for a Democrat. Ms. van Susteren collected some of his comments about Sarah Palin. Feel free to skip ahead if you have a weak stomach.

So tonight Glenn Reynolds reported that the Congressional Correspondents (Democrats all, no doubt) have decided to forgo the pleasure of hearing Sarah Palin’s c*** and t*** ridiculed, along with her young son–how funny is that!–and have discreetly canceled Mr. C.K.’s appearance.  [Congratulations, New Media - doing the work of the old.]

Mediate writes: As a liberal, this shouldn’t bother me. Yesterday, cable networks devoted whole segments to a film that presents President Barack Obama in a glowing, almost saintly light, even though it has little to no news value. The film focuses on the past, rather than on current events, and doesn’t present any new information (that’s why we call it “news,” knuckleheads), so even for a liberal like me, it’s hard to understand how these cable networks are doing anything other than trying to ensure the President’s reelection. http://www.mediaite.com/tv/why-are-cable-news-networks-giving-free-airtime-to-pro-obama-propaganda-film/