Obama giving oil-rich Alaskan Islands to Russia; Islamic agenda; DHS monitors social media websites; Panetta supports increased healthcare costs for military, but not for civilian defense employees; Three week school indoctrination in Islam; Terrorists among us; Don't you dare discuss Islam or Dhimmitude; Do you exhibit "suspicious activity"?; Romney urged President to have individual mandate at national level; It's all about population control by government; The Right vs. the Left; Fluke's radical agenda; Holder: When do people of color truly get the benefits to which they are entitled?; Occupy protesters rob and taunt; Making more in retirement than in working years; 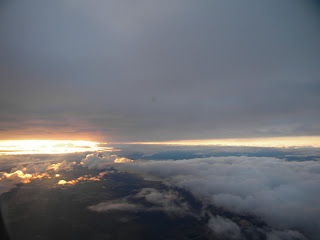 Expose Obama reports: Barack Obama Is Giving Away Oil Rich Alaskan Islands To The Russians [For those who didn't get it the first time.....]

The Obama Administration is looking to give Russia seven oil rich Alaskan Islands that were discovered and claimed for America by American explorers according to Alaska Republican 2010 Senatorial candidate Joe Miller.  “I think the bigger concern here is what natural resources are being lost to Russia,” says one commenter who deplores the secrecy involved with Obama and his SOS Hilary Clinton  gifting Putin with United States land.

But when I called the office of GOP AK long time Senator Lisa Murkowski,her aides told me it’s George Bush the father’s fault,and Obama’s people are just cleaning up long standing agreements.  I was given this direct email address which came back failed three times:matthew_felling@murkowski.senate.gov when I tried to get them to go on the record.

Miller and blog researchers state that “the purported Agreement for the island give away WAS NOT and IS NOT a ratified treaty according to public record. . .and this Agreement was negotiated COMPLETELY IN SECRET!”
Famed naturalist John Muir was a member of the U.S. landing party of the U.S. Revenue Marine Ship fleet Thomas Corwin along with other American explorers who were awarded Gold Medals by Congress for their valiant discoveries and exploration of the following Islands which already have been given Russian names:Bennett Island,now Ostrov Bennetta;Wrangel Island,now Ostrov Vrangelya;Hennrietta Island,now Ostrov Genriyetty.
”The veto of Keystone Pipeline was to allow [Warren] Buffett’s Burlington Northern Railroad to make profit,” says another poster.  And China is in position to drill 70 miles off of Florida’s shores,but Floridians can’t.  Long term Democrat Senator Bill Nelson up for re- election yet again,fears our beaches could be damaged,so he’s keeping his voting base happy.  With our own President and members of Congress either handing over America to other countries or just looking the other way as is happening,how can we survive? Saying it’s George Bush the father’s fault is disgusting.  I asked Senator Murkowski’s aide,“Who in Congress is looking out for America? Who is taking care of us?”  I’m still waiting for their answers. You can call Congress toll free at 1-877-762-8762. http://www.exposeobama.com/2012/03/05/barack-obama-is-giving-away-oil-rich-alaskan-islands-to-the-russians/
--------------------------------------------------------------------------------------------------------------

The 12-year old students were told:
In an astonishing ruling, the Ninth Circuit Court of Appeals approved the school’s Islamic indoctrination holding that the Islam program activities were not “overt religious exercises” that raised Establishment Clause concerns. Just to make sure their ruling could not be precedent to establish similar classes for Christians, they made their ruling “Not for Publication.”

Our K-12 textbooks contain sugarcoated versions of Islam promoted by the Council on Islamic Education. Those versions don’t mention its kidnappings, beheadings, slave-trading, savage murder, and persecution of non-Muslims or the repression of women.

The founder of the Council of American Islamic Relations (CAIR), Omar Ahmad said this to a group of American Muslims in 1998:


“Islam isn’t in America to be equal to any other faith, but to become dominant. The Koran should be the highest authority in America, and Islam the only accepted religion on Earth.” http://www.saveamericafoundation.com/2012/03/01/why-did-several-islamic-news-agencies-suddenly-target-the-thomas-more-law-center/

The NY Post reports: In July 2010, Shir Ahmad, an Afghan security guard at a coalition base, started making threatening comments, saying he wanted to kill US troops.
His employer, Afghan-owned Tundra Security, a subsidiary of Canadian military contractor Tundra Group, fired him and recommended he not be rehired. But according to an investigation by Rep. Howard McKeon (R-Calif.), chairman of the House Armed Services Committee, Tundra officials failed to pass that recommendation up the chain of command; nor was Ahmad added to any military watch list.
Tundra rehired Ahmad on March 9, 2011, without a background check. Ten days later, while working security at Forward Operating Base Frontenac in Southern Afghanistan, Ahmad picked up an AK-47 and fired into a group of soldiers who were cleaning their weapons.

They were only two of the 75 soldiers killed since 2007 by “green on blue” attacks executed by our supposed Afghan allies, aided and abetted by wishful thinking on the part of the Obama administration and lax security measures in Afghanistan. Despite these murders — including six in the last two weeks — officials plan to do nothing to take guns away from Afghans stationed with our troops.

. "After the first step of a profound apology, there must be a second step ... of disciplinary action," Jan Kubis, the U.N. representative in Afghanistan, said this week."Only after this, after such a disciplinary action, can the international forces say 'Yes, we're sincere in our apology,'" Kubis said.
The fact is, this whole affair, like those that precede it, is a power play. Feigned victimhood becomes a trap for the "perpetrator" -- in this case, the U.S. military.


Just as such actions bring a co-dependent family member more closely into the behavioral orbit of the sick family member, they bring the United States more closely into the behavioral orbit regulated by Islamic law.
They force the "perpetrator" into accepting the sacredness of an inanimate object, the Islamic position that a Christian or Jew is unfit (unclean) to dispose of the sacred thing without desecrating it, and the Islamic belief that such "desecration" constitutes a capital crime.
They force the "perpetrator" to act Islamic. This is the pattern of dhimmitude. We must break it. http://washingtonexaminer.com/opinion/columnists/2012/03/us-apologies-invite-more-muslim-rages/330651
-------------------------------------------------------------------------------------------------------------
Conservative Action Alerts writes: Did you pay cash for that latte this morning at the Starbuck’s drive-through? Well, that smiling lady who handed you your frothy espresso and your change may have been taking down your license plate as you drove off —  before jumping on the phone to report your “suspicious activity” to the FBI.
Really? Yes, crazy as it sounds, in our post-9/11 snitch/spy/surveillance society, if you “always pay cash,” you may be marked as a potential terrorist. That’s according to an FBI flyer that appears to be aimed at proprietors and employees of Internet cafés. The single-page flyer (see below), entitled “Communities Against Terrorism: Potential Indicators of Terrorist Activities Related to Internet Café,” asks: “What Should I Consider Suspicious?” The flyer then answers that people should be viewed with suspicion if they:
“Are overly concerned about privacy, attempts [sic] to shield the screen from view of others.”
That’s the first of six bullet points that are considered “indicators of potential terrorist activities.”
The next bullet point indicator targets people who “always pay cash or use credit card(s) in different name(s).”  http://www.conservativeactionalerts.com/2012/03/paying-cash-for-that-latte-it-may-land-you-on-fbis-terrorist-list/
------------------------------------------------------------------------------------------------------------
Red  State writes: Had Michigan not been as close, the Democrats would have waited to spring this on us in the general election. Luckily we have it now and I hope Ohio voters are paying attention.
In July 2009, Mitt Romney wrote an op-ed in USA Today urging Barack Obama to use an individual mandate at the national level to control healthcare costs.
On the campaign trail now, Mitt Romney says the individual mandate is appropriate for Massachusetts, but not the nation. Repeatedly in debates, Romney has said he opposes a national individual mandate.
But back in 2009, as Barack Obama was formulating his healthcare vision for the country, Mitt Romney encouraged him publicly to use an individual mandate. In his op-ed, Governor Romney suggested that the federal government learn from Massachusetts how to make healthcare available for all. One of those things was “Using tax penalties, as we did, or tax credits, as others have proposed, encourages “free riders” to take responsibility for themselves rather than pass their medical costs on to others.”
Friends, if Mitt Romney is the nominee, we will be unable to fight Obama on an issue that 60% of Americans agree with us on.  [So - has he truly seen the light, can this seemingly decent man be trusted - or will he fail to repeal Obamacare?] http://www.redstate.com/erick/2012/03/02/breaking-mitt-romney-urged-obama-to-embrace-the-individual-mandate/


LA Times reports: Twenty California counties, including Ventura, Kern, Los Angeles, Orange and San Diego, allow some workers to make more in retirement than they did while working. The coffers are underfunded by millions of dollars.

Robinson, 62, is among a group of public employees who have increased their retirement paychecks by adding such things as vacation time, educational incentives, car allowances and bonuses to their final salaries.

Such "salary spiking" was banned in 1993 by CalPERS, the state's largest public employee retirement system, to help control spiraling costs. But 20 of California's 58 counties — including Los Angeles, Ventura, Orange and San Diego — do not participate in CalPERS and their employees may legally continue to spike their salaries. http://www.latimes.com/news/local/la-me-county-pensions-20120303,0,7934595,full.story