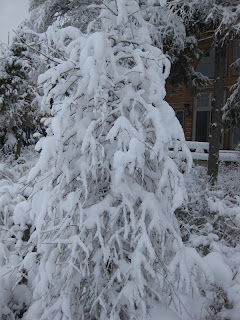 President Obama’s Budget shenanigans
Our President promised to cut the deficit in half during his first term in office.  His new budget just doesn’t even come close, with Treasury Secretary Geithner calling it “unsustainable”.  The President, through his budget, continues to pit one American against another, blaming the “makers” for not wanting to take care of the continuing number of “takers”.  Because Occupy folks think the rich need to provide more for them, they were asked just what percent of income the rich should be paying.  Asked if a rate of 30% seems fair to them, they said, “Yes!”  They had no idea that the “rich” actually DO pay that much and more in income taxes, as well as paying Medicare taxes to the last dollar they earn.
Now Chief of Staff Lew has said that the reason the Senate has not passed a yearly budget for nearly three years is because of those rascally Republicans who just won’t go along.  He had the nerve to state as truth that the Budget requires 60 votes in Congress, and they just can’t get the votes.  The problem is that it only takes 51 votes, and he jolly well knows it.  The Senate will not pass a budget because it would put in jeopardy the reelections of Democrats from swing states, for it would let those voters actually know what will be necessary to tame our deficit and put our country back on a secure footing, as well as revealing just whom they plan to “target”.
President Obama talks a good game about fairness, sharing and spreading the wealth, using Warren Buffett as his example of a rich person who doesn’t need lower taxes, saying his secretary pays taxes at a higher rate than does he.  He is speaking not of his income tax, but his capital gains tax.  His secretary most likely makes around $200,000, so it is no surprise that she pays more than the 15% capital gains tax rate that Buffett pays.  Warren Buffet may condemn his low tax rate, but he is in court right now over what is said to be about $1 billion dollars in corporate taxes he has failed to pay over the last decade.  It is our Congress which passed the laws that permit the truly wealthy to avoid taxes in legal ways.  The notion that someone making $200,000 is so rich that they should be punished is crazy.  Even Buffett declares one million dollars or more to be the “super rich” who should pay more in taxes.  What kind of President would condemn any group of hard-working Americans as not being part of the “working class”?  Having never had a real job, our President does not apparently know that high-wage earners usually work 12-16 hour days.
Believing that dividing Americans between rich and poor may not be enough to secure our President’s reelection, he recently launched his “African-Americans for Obama” group, a shocking and racist move for the President of all Americans.  The message in Obama's video is to vote for him because he is black and he is going to punish the rich.
To repeat, nearly 50% of all Americans pay no income taxes – yes, no income taxes.  There are many who because they don’t make enough income to pay incomes taxes actually receive a check from the government because they don’t pay those taxes.  It bears repeating that the top 10% of income earners already pay 70% of all income taxes in our country.  Since the “takers” as well as the truly needy are paying NO income taxes, plus receiving government programs, I ask at what point the takers will think the “rich” would be paying their “fair” share?  Isn’t seven times their “proportionate share” enough?  Even if the “super rich” were taxed at 100% of their income, little would change in our deficit because that amounts to such a small proportion of our debt under this Administration.  For instance, the UK now receives 50% less revenue after raising tax rates to 50%.  The rich simply take their wealth somewhere else when “enough is enough”.  Fomenting hatred and envy of the rich, and  punishment of their successes is a dangerous strategy.   For shame, Mr. President!
-----------------------------------------------------------------------------------------------------------------------------------
And here is the kind of thing that our President encourages with his hatred, this time from radicals who have started their "99% Spring" initiative....  The Blaze reports: “We are at a crossroads as a country,” a letter on the site dedicated to the new movement says. “We have a choice to make. Greater wealth for a few or opportunity for many. Tax breaks for the richest or a fair shot for the rest of us. A government that can be bought by the highest bidder, or a democracy that is truly of the people, by the people, and for the people.”
It continues: “The choice is in our hands. This spring, we will act on that choice and rise up in the tradition of our forefathers and foremothers. We will not be complicit with the suffering in our families for another year. We will prepare ourselves for sustained non-violent direct action.” [That remains to be seen.]
That “preparation” looks like a week-long training session from April 9-15. But not just any training session, this training session will be held across the country and will reportedly feature meetings in “places of worship:”
From April 9-15 we will gather across America, 100,000 strong, in homes, places of worship, campuses and the streets to join together in the work of reclaiming our country. We will organize trainings to:
So just who exactly is behind this? The letter contains “signers” that will be familiar to you. Or at least their organizations will. And it’s a buffet of far leftists, unions, and even the communist group Working Families Party. Oh, and of course Van Jones: http://www.theblaze.com/stories/its-coming-union-leftist-leaders-announce-99-spring-and-traning-in-places-of-worship/
--------------------------------------------------------------------------------------------------------------


Baracka is acting out the Rules for Radicals as president. This is all this divider knows. Concerning the recent stories with the Catholic Church and with Rush Limbaugh: the role of the community organizer is to bait an opponent into reacting. "The enemy properly goaded and guided in his reaction will be your major strength" wrote Saul Alinsky. Even Rush got fooled by the sly application of the Alinsky rules by our Marxist in chief. http://www.breitbart.com/Big-Government/2012/03/04/obama-alinsky-love-song