Panetta defies our Constitution; Administration calls for Sharia compliance and Islam tolerance; Russia notices Obama's probable ineligibility; Producer of "We the people" called to White House for discussion; $29 million to SEIU when home care providers unionized; Sheriff guilty of voter fraud for Democrats in 2010; Violent words of Democrats; Pink slime in hamburgers; Assassinating American citizens; Sandra Fluke is an activist with an agenda; Obama alone decides to help 2 to 3 million refinances w/o knowing if "owners" even have a job; $885 million in DC Stimulus creates how many jobs?; Fluke represented by Obama friend; The Hollywood movie for Obama 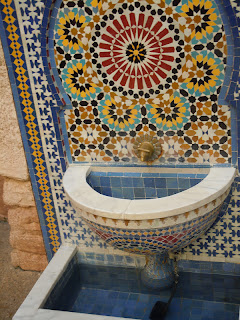 CNN reports: The Pentagon tried to clarify remarks made by Defense Secretary Leon Panetta, when he told a Senate committtee on Wednesday that the U.S. military is seeking "permission" from a foreign organization to intervene in Syria.
"He was re-emphasizing the need for an international mandate. We are not ceding U.S. decision-making authority to some foreign body," a defense official told CNN.
In testimony to the Senate Armed Services Committee, Panetta had an exchange with Sen. Jeff Sessions, R-Alabama, who said Congress was circumvented when Obama decided to join the NATO coalition in Libya.
Sessions said, "We spend our time worrying about the U.N., the Arab League, NATO and too little time, in my opinion, worrying about the elected representatives of the United States. As you go forward, will you consult with the United States Congress?" 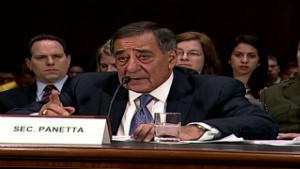 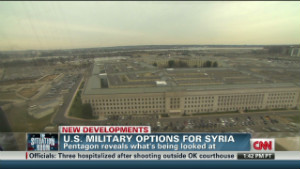 Military resists intervening in Syria
Panetta replied, "You know, our goal would be to seek international permission. And we would come to the Congress and inform you and determine how best to approach this, whether or not we would want to get permission from the Congress."
"I'm really baffled by the idea that somehow an international assembly provides a legal basis for the United States military to be deployed in combat," Sessions said. "I don't believe it's close to being correct. They provide no legal authority. The only legal authority that's required to deploy the United States military is of the Congress and the president and the law and the Constitution."   http://www.cnn.com/2012/03/07/politics/panetta-u-s-intervention-syria/index.html
-------------------------------------------------------------------------------------------------------------
American Thinker reveals: In Spain, the U.S. Ambassador Alan Solomont told Muslims assembled at the town hall-like meeting in the heart of Barcelona's old city that Barack Obama wants to improve America's image in the Middle East as quickly as possible by closing the "dark chapters" of the U.S. invasion of Iraq and the war in Afghanistan.
In Ireland, the U.S. Ambassador Dan Rooney, a lifelong Republican turned Obama acolyte, told members of a seminar held to help Muslim immigrants increase their influence within the Irish business and financial communities, that the US was "solidly behind" efforts to bring the Irish banking system into conformity with Islamic legal principles.
In Austria, the US Ambassador William Eacho, an Obama campaign fundraiser turned political appointee, awarded the first prize in a film contest to promote "diversity and tolerance" to a group of students in the northern Austrian town of Steyr who produced a one-minute silent film promoting tolerance for Muslim women who wear Islamic face-covering veils such as burkas in public spaces

Russia's Prava comments on American press: A singularly remarkable event has taken place in the United States of America. This event occurred in Arizona on March 1st and was an earth shattering revelation.
A long awaited press conference was given by Maricopa County Sheriff Joe Arpaio, a five time elected Sheriff, which should have made national and international headlines. Arpaio's credentials include serving in the United States Army from 1950 to 1953, service as a federal narcotics agent serving in countries all over the world with the U.S. Drug Enforcement Agency (DEA), and served as the head of the Arizona DEA. Without doubt, this is a serious Law Enforcement Officer, not one to be taken in by tin-foil-hat wearing loons.
Yet, in the five days since his revelations there has been little in the way of serious reporting on the findings he presented in his presser. With 6 short videos, the Sheriff and his team presented a devastating case, one the tame US press is apparently unable to report.
On April 27, 2011, President Barack walked into the White House Press room with a Cheshire cat like grin and a "Long Form Birth Certificate" from the State of Hawaii in hand.  From the podium in the press room, Mr. Obama said, "We're not going to be able to solve our problems if we get distracted by sideshows and carnival barkers,". Quite the barb from a man holding a forged document.
That's right, forged. Forged documents are being used to qualify a President of the United States for the office he holds. Or is usurped the more accurate term?
The silence from the main stream media in the US is deafening. It almost seems as if the press is terrified to even think the question, let alone ask it: Is the President a criminal?
http://english.pravda.ru/opinion/columnists/07-03-2012/120708-arizona_sheriff_obama-0/
-------------------------------------------------------------------------------------------------------------
Logistics Monster writes: The 21st century Thomas Paine, Bob Basso, has been summoned to the White House by the Usurper-In-Charge, “to discuss the disturbing nature of the videos.”  Common sense and a free republic have become “disturbing”?  You have to give Bambi credit for seeing someone that can steamroll his fascist conversion of our country when he sees it.  Bob Basso may not be the “leader” that Americans are looking for right now, but he definitely is the voice.
I have a feeling that silencing Dr. Bob Basso is going to be a little harder to do than making a deal with the Republican Party to get into the WH.

Fox News reports: As the sheriff of Lincoln County, W.Va., Jerry Bowman is sworn to uphold the law. But the 58-year-old law enforcement veteran stood in a federal courtroom in Charleston on Wednesday and pleaded guilty in a shocking voter fraud case that has stripped him of his job and could send him to prison for a decade.
Prosecutors say Bowman and former Lincoln County Clerk Donald Whitten, 62, were part of a scheme to steal the May 2010 Democratic primary by stuffing ballot boxes with illegal absentee ballots.
Bowman admitted to falsifying more than 100 of the absentee ballot applications and even voting with some of the ballots himself, while Whitten, who also pleaded guilty Wednesday, acknowledged lying to investigators about the plan to try to throw the election.
"It makes you mad," said Charles Brumfield, who ran against Bowman for Lincoln County circuit clerk, about having the election stolen from him. "It was hurtful. You just didn't think that would happen in today's society."
Brumfield told Fox News that on election night, he was ahead by about 235 votes. That is, until additional batches of absentee ballots started mysteriously appearing, repeatedly, throughout the evening.
Read more: http://www.foxnews.com/politics/2012/03/07/former-west-virginia-sheriff-county-clerk-plead-guilty-to-attempting-to-steal/?test=latestnews#ixzz1oXO9J5
-------------------------------------------------------------------------------------------------------------
Stop Liberal Madness reports: While patriotic Americans in the Tea Party are speaking out against the $15 trillion of debt, unprecedented deficit spending, and entitlements teetering on the edge, Rep. Mike Doyle likens them to “terrorists” and accuses them of holding his favored spending programs hostage.
“We have negotiated with terrorists. This small group of terrorists have made it impossible to spend any money.” —Rep. Mike Doyle (D-PA)
While discussing protests against the HHS mandate requiring religious-affiliated organizations to provide free contraceptive services to their employees, Rep. Gwen Moore (D-WI) said:
“The National Institute of Health has said that it is a danger to women’s health and safety of their families, that for 30 years, to be exposed to the prospects of pregnancy.”
In October 2011, while unsuccessfully trying to pass his “American Jobs” stimulus bill, the President heightened his rhetoric against conservatives as they offered a plan based more on common-sense economic solutions and core American principles.
“Then you have their plan . . . let’s have dirtier air, dirtier water, less people with health insurance.” —President Barack Obama