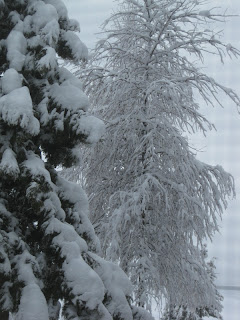 
Brothers, we know so very well that religious freedom is our heritage, our legacy and our firm belief, both as loyal Catholics and Americans. There have been many threats to religious freedom over the decades and years, but these often came from without. This one sadly comes from within. As our ancestors did with previous threats, we will tirelessly defend the timeless and enduring truth of religious freedom. http://www.theblaze.com/stories/cardinal-dolan-obama-admin-lectured-bishops-to-listen-to-enlightened-voices-on-contraceptive-mandate/


“Open up your hearts and your minds to the words of Professor Derrick Bell.”

President Barack Obama reportedly made the offer during Israeli prime minister Benjamin Netanyahu's visit to Washington this week.
Under the proposed deal, Israel would not attack Iran until 2013, after US elections in November this year. The newspaper cited unnamed Western diplomatic and intelligence sources.
Read more: http://www.foxnews.com/politics/2012/03/08/israeli-newspaper-us-offered-israel-advanced-weaponry-in-exchange-for-delaying/#ixzz1oX4z9HAr
--------------------- --------------------------------------------------------------------------------------------------------
Personal Liberty writes: President Barack Obama’s decision to elevate Tony West to the position of acting associate attorney general, which will rank him third on the ladder at the Department of Justice, falls into the “abnormal” category. West, who currently serves as the assistant attorney general for the Civil Division, embodies the spectacularly poor judgment that seems to coincide with nearly every declaration that has escaped Obama’s fevered brain.
Prior to his entrenchment in the dark corners of the Obama Administration, West enjoyed a career as a noteworthy attorney — albeit noteworthy for his choice of clientele rather than any legal hurdles he may have leapt along the way. West is the ambulance-chaser who rode shotgun in the courtroom for John Walker Lindh, among other clients of ill repute. If you’re scratching your head in an effort to locate Lindh’s name, check in Afghanistan. Lindh is the infamous “American Taliban” who joined the jihadis and took up arms for Islamofascism, only to be caught and stuffed in a cage for 20 years. West is the guy who tried to spring him.
And now, West is in line to play catcher for Attorney General Eric Holder. With Obama at the top, Holder right behind him and West backing Holder, Obama has created a Federal law enforcement agency run by the man behind Operation Fast and Furious and the man behind any Tariq, Dhakir or Hakim who gets nicked aiming an AK-47 at the 1st Ranger Battalion. To quote the sage: “What could possibly go wrong?” http://personalliberty.com/2012/03/08/going-west/?eiid=