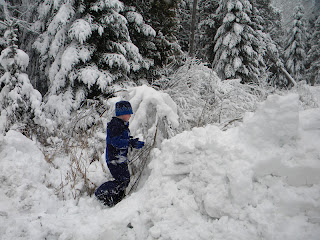 Global Post reports: While all defectors sent back from China are believed to face harsh punishment upon their return to North Korea, the group now in China is particularly at risk: the North Korean government has said that anyone caught defecting during the period of mourning for Kim Jong Il’s death would have three generations of family members executed.

twist [last] year. The event is held on the north side steps of the statehouse.
Prominent at that location is a large bronze statue of George Washington.
This year, the NAACP constructed a "box" to conceal the father of our country
from view so that participants would not be 'offended' by his presence.
I could hardly believe my eyes when I saw this picture of the MLK Day rally in Columbia , South Carolina .
This rally was sponsored by the NAACP and they said that they covered the statue because they "didn't want to offend anyone". Really? George Washington is the father of this nation. How is he offensive to anyone?
Can you imagine what would happen if we covered the statue of Dr. Martin L. King on President's Day? or is only the statue of a 'white guy' offensive?
The Truth:
Truth for Fiction says: There was an event celebrating the life of Martin Luther King Jr. in Columbia, South Carolina and according to a January 18, 2011 article in South Carolina's The State, a statue of George Washington was covered by a three-sided structure that was "intended to display a rally graphic and serve as a photo-and-television backdrop for the event’s speakers."   [What a joke!  I want proof.]
http://www.truthorfiction.com/rumors/n/NAACP-Washington-Statue.htm
. "However, the graphic was not finished before the rally and could not be put in place."
The State reported that the statue has been similarly covered at MLK Day events going back at least four years, though most groups holding rallies at the state house leave it unobstructed.


President Barack Obama collected the most votes in the Oklahoma Democratic primary, but lost in 15 counties.
With 98 percent of precincts reporting Tuesday, Obama won 57 percent of the vote. Four other candidates combined for 43 percent of the vote, including anti-abortion activist and Operation Rescue founder Randall Terry who received 18 percent of the vote.     http://www.weeklystandard.com/blogs/ap-obama-loses-dem-primary-15-oklahoma-counties_633271.html

--------------------------------------------------------------------------------------------------------------
Townhall carries the words of Michelle Malkin: I'm sorry Rush Limbaugh called 30-year-old Georgetown law student Sandra Fluke a "slut." She's really just another professional femme-a-gogue helping to manufacture a false narrative about the GOP "war on women." I'm sorry the civility police now have an opening to demonize the entire right based on one radio comment -- because it's the progressive left in this country that has viciously and systematically slimed female conservatives for their beliefs.We have the well-worn battle scars to prove it. And no, we don't need coddling phone calls from the pandering president of the United States to convince us to stand up and fight.
At his first press conference of the year on Tuesday, the Nation's Concern Troll explained that he phoned Fluke to send a message to his daughters and all women that they shouldn't be "attacked or called horrible names because they are being good citizens." After inserting himself into the fray and dragging Sasha and Malia into the debate, Obama then told a reporter he "didn't want to get into the business of arbitrating" language and civility. Too late, pal.
The fact is, "slut" is one of the nicer things I've been called over 20 years of public life. [The article details the various and far worse things that conservative women have been called by media - with no push back at all.  I suggest you visit the site to learn more about this hate talk from the left.]  http://townhall.com/columnists/michellemalkin/2012/03/07/the_war_on_conservative_women/page/full/ 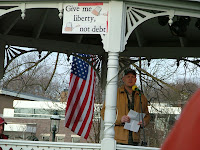