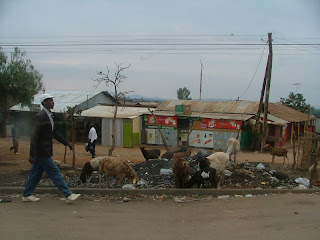 Did you know that this summer a movie on Barack Obama will be in our theaters?  It is titled: 2016  and projects what will happen if Obama has a 2nd term.  It is, as Dinesh D'Souza said, a journey into the heart of Barack Obama.  D'Souza, President of King's College, spoke recently at CPAC and had these points to make: Obama's dream is not that of American exceptionalism; OBama doesn't agree with the color-blind ideals of Martin Luther King.  It is I who will add that he appears to believe in his pastor Jeremiah Wright's teachings on Black Liberation Theology, a theory with which you should become familiar.  D'Souza also said that Obama is driven by what he wrote in his book Dreams from My Father, meaning that they are not just "of" his father, but have become his own.  The book explains his father's belief in the anti-colonialism which is popular in Asia, Africa and South America.  Anti-colonialists belief is that our world is made up of the Oppressors vs. the Oppressed, and government should be used to control the power at the top.  Tax rates of up to 100% are suggested.  Americans' money should be redistributed not to Americans but to the world, explains D'Souza.  This also explains so much of what has been accomplished by Barack Obama in 3 years.  He is apparently working to achieve the goals of  bringing an arrogant America to the level of all other countries.  He promotes the goals of the civil rights era while believing that America must never be forgiven for its treatment of blacks regardless of the fact that no one is still alive who did those agriegious things, that America's conservatives shed blood to stop slavery, or that we have spent trillions of dollars to "pay" for those sins of the past.  This explains why his Department of Justice fails to prosecute black on white crime as one of its stated priorities. To him, the fight for racial equality has just begun. This must be what will finally make Michelle Obama "proud" of America.
Barack Obama is a man who stated in one of his books: "I ceased to advertise my mother's race at the age of 12 or 13, when I began to suspect that by doing so I was ingratiating myself to whites."  "To avoid being mistaken for a sellout [in college], I chose my friends carefully. The more politically active black students. The foreign students. The Chicanos. The Marxist professors and structural feminists." "I found a solace in nursing a pervasive sense of grievance and animosity against my mother's race."  "It remained necessary to prove which side you were on, to show your loyalty to the black masses, to strike out and name names."  And last but not least, from Audacity of Hope: "I will stand with the Muslims should the political winds shift in an ugly direction."  But neither can I brush aside the magnitude of the injustice done, or erase the ghosts of generations past, or ignore the open wound, the aching spirit, that ails this country still.


What a shock - not!  WND EXCLUSIVE

AZ Central writes: The Arizona Senate has approved a measure requiring a drug test for everyone applying for unemployment benefits.
The bill also asks the Department of Economic Security, which administers unemployment benefits, to set up a random drug testing system. Anyone who fails either an initial or random test would be ineligible for benefits for a period of time.


The White House has begun an aggressive campaign to use approaching Supreme Court arguments on the new health care law as a moment to build support for the measure seen as President Obama’s signature legislative achievement, hoping to shape public opinion on an issue at the center of the battle for the White House and Congress.
On Wednesday, White House officials summoned dozens of leaders of nonprofit organizations that strongly back the health law to help them coordinate plans for a prayer vigil, press conferences and other events outside the court when justices hear arguments for three days beginning March 26. http://michellemalkin.com/2012/03/09/nyt-prayer-obamacare/