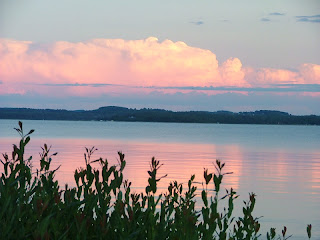 1)       In 1974 the UN called for establishment of a new international economic order calling for regulation of multi-national corporations and nationalization of foreign property, saying that governments should control the economy.
2)       In 1976 the UN Conference on Human Settlements declared: as private land ownership is seen as the principle instrument of the accumulation and concentration of wealth, it contributes to social injustice.  United States signers were our Secretary of HUD, the Conservation Foundation and the EPA.
3)       In 1987 the UN held a World Commission on Environment and Development to work toward “Sustainable Development”, “our common future”.  This commission was chaired by the Vice-Chairman of the World Socialist Party.   Sustainable Development was meant to enable “proper balance between social equity, the environment and economic development.”
4)      In 1992 AGENDA 21 was introduced at the Conference on Environmental Development as a “crucial way to achieving a sustainable world.”  President George H.W. Bush was a signatory to the Rio Accords and a Biodiversity Treaty, Agenda 21, but the treaty was never voted on or ratified by our Congress once they saw the Proposed Development of the Wildlands Map suggested for America.  Little or no human use was allowed, with the rest of the land to be highly regulated.  It included a 200 mile wide international zone of cooperation along our Mexican border.  The government would control most of the land in America. For more info go to http://www.afn.org/~govern/wildlands.html
5)      In 1993 President Bill Clinton wrote an Executive Order creating the President’s Council on Sustainable Development, to translate recommendations from the UN AGENDA 21 into our Federal policy.  Since he couldn’t get the vote of Congress, he decided to dictate to America instead. In the 1990’s government continually expanded control over more and more American land and its use.  In 1997 government owned 1/3 of all American lands while state and local government owned 10% more.  The Feds designated 43 million acres to be “roadless areas”, and land trusts were made for acquiring ever more private property.
6)       In the 1990’s “visioning projects” such as “Your town USA” became the favorite plan of action.  Those who would stand to gain financially were put on “visioning” committees, thereby almost insuring the plan to be developed and mandated.  Their term “New Consensus” equals an absence of expressed opposition, not approval of their agenda.
7)      The EPA and its Smart Growth Network, along with non-governmental organizations like the Sierra Club and the Conservation Fund got involved, building a “sustainable community”.  Over 1200 American cities have already signed on to “smart growth”.  It is being taught in most U.S. schools and colleges.  The indoctrination continues apace.
8)      President Obama by Executive Order #13575 established the White House Rural Council, with the stated intention of seizing greater power over food, fiber and energy, and the extension of “sustainability”. One proposed regulation would force agriculture companies to post all of their business transactions on the USDA website and to justify all deviations from the market price, invading privacy and opening the door for lawsuits against that company.  Trial lawyers will be smiling.  The Rural Council requires 24 new Department heads plus “any others the President may deem necessary”.  This promotes full government employment, more Democrat voters in unions, and dues going to Democrat candidates.  See how that works?
9)      The three tenets of sustainability are environment, economy and equity.  The UN blueprint states that high meat intake, use of fossil fuels, appliances, air-conditioners and suburban homes need to be “reined in”.
10)  ICLEI =International Committee for Local Environmental Initiatives, believing that Individual rights must take a back seat to the “collective”.
Buzzwords will become part of your vocabulary, and they all sound so good: sustainable communities, land trusts, roadless areas, and a balance between social equity and environmental development.   Who could argue with “smart growth”, “biodiversity” and “visioning?”  It has lead to the designation of areas not to be drilled into, not to be logged, and not to be disturbed.  Obama’s Administration has proposed 219 “economically significant regulations”.  Propaganda techniques of marginalizing the opposition are employed as usual.  I will be writing about why progressives and conservatives alike are taking notice.  Our servants have become our masters.
I just listened to a tape of one of Barack Hussein Obama's recent speeches about the price of gasoline and his efforts to drill for more oil [that would be at a 9 year low, as oil production is only increasing in the private sector or with permits provided by the Bush Administration.]  In point of fact this President was and may still be in Contempt of Court over not allowing new permits.  In stating that we have only 2% of the Earth's oil while using 20%, he lied.  We have about 60 times the amount of oil that he references, enough for at least 200 years.  He will just not let us go and get it.  His policies keep us  dependent on our enemies for our oil. Thinking of himself as quite the comedian he said, “I want this Congress to stop the giveaways to an oil industry that’s never been more profitable."  This is a total distortion, as the oil companies make only 6.7% profit on their sale of oil, ranking #114 out of 215 industries.  Millions of Americans are invested in the industry and depend upon the dividends paid, including even the middle class who hold pensions, 401(ks) or IRAs.    In a totally condescending way, Obama laughingly said, "We're drilling all over this country. I guess there's some empty spots where we're not drilling. We're not at the national mall. We're not drilling at your house."  He is laughing at conservatives, making them out to be beyond his need to be civil.  He believes himself to be our national comedian.  I am continually embarrassed by the un-Presidential ways and doings of this man, aren't you?
-----------------------------------------------------------------------------------------------------------------------------------
Posted by Karen at 7:00 AM