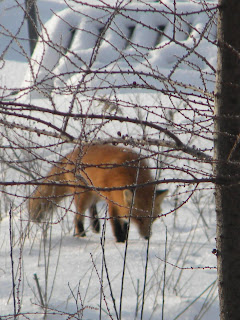 
The Intel Hub writes:  US House puts oceans, coasts under UN: Senate vote will seal the deal. HR 3534 (CLEAR Act).HR 3534 is a thinly disguised permanent roadblock to American energy which drives American companies out of the Gulf, delays future drilling, increases dependency on foreign oil, implements climate change legislation and youth education programs; but most important, it mandates membership in the Law of the Sea Treaty without the required two-thirds vote to ratify it in the U.S. Senate.

The House passed the CLEAR Act (HR 3534)  209-193, July 30, 2010. This bill was originally introduced July 8, 2009, but was resurrected by the recent Deep Water Horizon oil spill crisis.  According to www.govtrack.us, a debate may be taking place on a companion bill in the Senate, rather than on this particular bill.
Truth is, HR 3534 could have been stopped in the House and wasn’t.  Why? Because 21 absent Republicans chose not to show up for this critical vote, while another REP just voted Present:

The Consolidated Land, Energy, Aquatic Restoration Act of 2009 (aka:  CLEAR Act, HR 3534) gives away ownership of America’s oceans to the United Nations, and sectors America into nine geographic areas.  This bill possesses a cap and trade/climate change component as well.
America will be forced to become a member of the UN Law of the Sea Treaty (aka: LOST), circumventing the normal two-thirds U.S. Senate vote necessary for ratification of any treaty.  This was accomplished surreptitiously via Section 106 of the bill, which specifies that Executive Orders, rules, regulations, directives or delegations of authority that precede the effective date of this act are applicable to the CLEAR Act.
It just so happens two important documents did precede the  CLEAR Act. Documents that contain the deleterious intent and scope of the bill:  Obama’s Stewardship of the Oceans, Our Coasts and the Great Lakes Executive Order, July 19, 2010, and the Interim Report of the Interagency Ocean Policy Task Force, July 10, 2009.  Look at the time line very closely:
http://www.govtrack.us/congress/bill.xpd?bill=h111-3534
http://theintelhub.com/2010/09/22/17314/
-
Posted by Karen at 7:00 AM