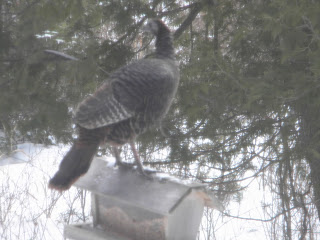 Is This How a President Should Act?

From the Washington Post:
The president's political machine worked in close coordination Thursday with state and national union officials to mobilize thousands of protesters to gather in Madison and to plan similar demonstrations in other state capitals. umbus, Ohio, to protest a measure from Gov. John Kasich (R) that would cut collective-bargaining rights,
Their efforts began to spread, as thousands of labor supporters turned out for a hearing in ColumBy the end of the day, Democratic Party officials were working to organize additional demonstrations in Ohio and Indiana, where an effort is underway to trim benefits for public workers. Some union activists predicted similar protests in Missouri, New Jersey and Pennsylvania. [...]  The White House political operation, Organizing for America, got involved Monday, after Democratic National Committee Chairman Timothy M. Kaine, a former Virginia governor, spoke to union leaders in Madison, a party official said. http://reason.com/blog/2011/02/18/is-this-how-a-president-should
-------------------------------------------------------------------------------------------------------------
The UK Daily Mail writes: A hardline Muslim cleric who sparked anger across the U.S. with his anti-American comments in a television interview this month is to hold a protest outside the White House.
British extremist Anjem Choudary - who once said 'the flag of Islam will fly over the White House' - has announced he will lead a demonstration calling on Muslims to establish the Sharia law across America.
The rally, planned for March 3, is to take place just weeks after his on-screen row with Fox News presenter Sean Hannity.
Mr Choudary, 43, called Americans 'the biggest criminals in the world to
Read more: http://www.dailymail.co.uk/news/article-1358792/Anjem-Choudary-lead-White-House-protest-calling-Muslims-rise-up.html#ixzz1EWRXDpgV

Last night one Senator told me they had been told to clear the [Wisconsin] Capitol because the new groups coming in overnight are filled with with people "who aren't afraid to be arrested" and the Administration could not guarantee the safety of the legislators and their staffs in our Capitol.

On Thursday, legislators were advised to return to their offices and lock their doors. Mobs roamed the halls, banging on the glass of the doors, pounding on the walls. No one could move in the halls or enter or leave the building. The glass of the Supreme Court's entrance was broken. Legislators were genuinely afraid. Our elected representatives were afraid. In our Capitol.

A young female reporter trying to get into the Senate chamber struggled to get through the crowd. She arrived disheveled and upset because she had been roughed up as she tried to get through "Bitch-slapped" the mob told her. A senior senator was spat on. A senator and his female staffer struggled to get into the capitol. He was worried about his staffer because the crowd was grabbing at her and pushing her. University Police were two arms lengths away and did nothing. They, of course, are union.


The CATO Institute opines: We are seeing the usual quadrennial pilgrimage of supposedly fiscally conservative Republican presidential candidates to Iowa, where they swear eternal fealty to farm subsidies generally, but, even worse, to ethanol subsidies in particular. Perhaps the most revolting example of this spectacle was former House speaker Newt Gingrich's claim that opposition to ethanol subsidies and mandates stems from "big city" folks who just don't like farmers. [What??  So much for considering each side of that debate.  Perhaps I should send to him all the problems with ethanol, which even Mr. Global Warming himself, Al Gore, has debunked.  I think Newt is an amazing thinker, but I now would pause before ever voting for him, for he has with this one statement pitted one group of Americans against another.  How dare he make such a pronouncement!]

But Gingrich is hardly alone. Mitt Romney defends farm subsidies as a "national-security issue," because somehow if farmers don't get an annual government check, al-Qaeda will hold our food supply hostage. Romney, of course, is also a big backer of ethanol subsidies, as is former Minnesota governor Tim Pawlenty, who once keynoted the annual convention of the American Coalition for Ethanol. Sarah Palin? Mike Huckabee? Sorry, they are on the farm-subsidy/ethanol bandwagon too. Indiana governor Mitch Daniels sounded promising: "Farm subsidies in general ought to go away," he says. But he too can't break the ethanol addiction. A "national-security issue," he says.
Incidentally, ethanol subsidies were extended as part of the lame-duck session's compromise tax agreement in December. It was pushed in large part by six Republican senators, including John Thune, another putative presidential candidate.
The level of hypocrisy is breathtaking. For example, conservatives rightly denounced government subsidies to business when the auto industry was at issue. Why, then, are subsidies a good idea when directed to, say, Archer Daniels Midland? [How about subsidizing them, if at all, only when their profits don't come close to covering their expenses?  I wonder if we continue to pay farmers for NOT planting a crop.]  http://www.cato.org/pub_display.php?pub_id=12771
------------------------------------------------------------------------------------------------------------
From Omaha comes this: Warnings of higher food prices headed for American supermarkets and restaurants were swallowed easily across much of farm country Wednesday.
The big gulp came when the U.S. Department of Agriculture reported that global demand had pushed U.S. corn supplies to their lowest point in 15 years.
The price of corn, which has doubled over the past six months, affects most food products in supermarkets. It's used to feed the cattle, hogs and chickens that fill the meat aisles.
It is the main ingredient in Cap'n Crunch and Doritos. Turned into syrup, it sweetens most soft drinks and many foods.
Corn also is part of the agricultural blend that fuels the economies of Nebraska, Iowa and other farming states. Iowa is the nation's top corn-producing state; Nebraska is third.
We're seeing record income levels for the ag community and ... wealth accumulation that cannot be denied,” said Bruce Johnson, an agricultural economist at the University of Nebraska-Lincoln. “We've moved into a whole new level.”[Well that will surely get Obama's eye and anger, won't it?]
Corn prices have risen over the past six months from $3.50 a bushel to nearly $7.
The U.S. will have a reserve of 675 million bushels left over in late August, when this year's harvest begins. That's roughly 5 percent of all corn that will be consumed, the lowest surplus level since 1996.
“There is going to be enough corn for food, for feed, for fuel and for export opportunities,” Tom Vilsack, the U.S. agriculture secretary, said at a Washington press conference.
Babcock, the Iowa State economist, said the U.S. mandate to increase the use of renewable fuels like ethanol is a major reason why the nation's corn supply is so low. About a quarter of the nation's corn crop is consumed by the production of ethanol. The ethanol industry's projected corn orders this year have risen . . . after record-high production in December and January, USDA said.
“Ethanol is a factor, but it's not the driver,” he said.
Johnson said the declining value of the dollar not only has fueled greater agricultural export demand, but also has driven up the price of oil. That, in turn, has propelled higher prices for corn-based ethanol.