Reflections fromTahrir Square; Won't Anyone Sing the Praises of Obama?; At War With Imposition of Shari'a Law; Wisconsin Affects All American Unions - and the Elections; Gov't Workers Got Unionization Thru a Kennedy Executive Order Only; Slush Fund for Wisconsin Dems at Motel; Public Stands with Wisconsin Governor; Pensions in NYC 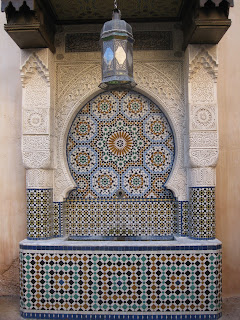 Rush Limbaugh clarifies: The CNN reporter's purpose is to find somebody in the midst of the Egyptian uprising that will sing the praises of Barack Obama.  This guy thinks that his country is now gonna be free. He thinks he might have a chance to make more than two bucks a day.  He thinks that maybe he might have a chance at some freedom.  That's what he thinks, and here comes this CNN reporter -- an American reporter with a British accent -- asking what this guy thinks of Obama! These reporters think that everybody in the world looks at every event through the prism of Obama?

But Nic Robertson, undeterred, found another peasant to try to praise President Obama, and once again he doesn't find what he's looking for.

ROBERTSON:  Mustapha is joining me now.  We just heard President Obama say that he wants to extend, eh, support and assistance to Egypt and Egyptians if they want any, and he hopes that there are more jobs for the young people in the future.  What's your message for President Obama?


Yet as CIA director, never once was he able to have a one-on-one meeting with President Clinton. He was quoted by Paula Kaufman of "Insight on the News" as saying: "Remember the guy who in 1994 crashed his plane onto the White House lawn? That was me trying to get an appointment to see President Clinton!"
"When a totalitarian government grows out of a religion as, let's say the Spanish Inquisition grew out of one aspect of Catholicism, you are not being a 'Christianphobe' if you criticize burning Jews and Muslims and dissident Christians at the stake," Woolsey explained. "And if you're opposed to Shariah and the beating of women and killing of apostates, you are not an 'Islamophobe.'" source: world net daily
'"http://canaryinthecoalmine.typepad.com/my-blog/2011/02/former-cia-chief-warns-us-at-war-with-shariah.html