Obama Graded on Egypt; ACORN Devotee Now Executive Director of the DNC; Did Bernanke Get the Best of China?; Obama Hasn't Yet Given Congress the Report on Freddie and Fannie; Birthright Citizenship Act; Dallas Rids Streets of Cars Driven by Illegals; US to "Strengthen" UN; 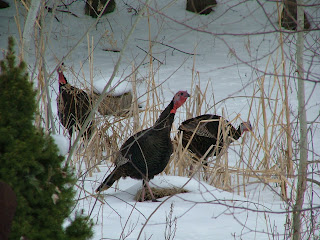 Mediate.com writes: Niall Ferguson, Harvard professor and Newsweek columnist, rained on the Morning Joe Show parade this morning by arguing President Obama blew it in Egypt and has now left the country in a fragile state potentially susceptible to domination by the Muslim Brotherhood. Brzezinski claimed “looking at all the different reports coming in, and the pictures, and the peacefulness on the streets of Cairo, so far so good it actually seems like it went pretty damn well.”
Ferguson responded “I wished I shared your confidence” suggesting “anybody who counts this as a major breakthrough for United States foreign policy, hasn’t got a clue about what happens in the wake of a revolution like this.” Ferguson gave Obama horrible grades for failing to be prepared for the situation, for having a policy that seemingly changes every day, and for having “second-rate” advisors like Secretary Clinton and Secretary Gates who did not measure up to past secretaries in his opinion.
With his guns-blazing anti-Obama assessment, Ferguson concluded “the President regards making touchy-feely speeches as a substitute for having a strategy” and if he does have any strategy, it only is “I’m not George W. Bush – love me.”  http://www.mediaite.com/tv/harvard-professor-niall-ferguson-schools-morning-joe-on-obamas-failed-foreign-policy/
--------------------------------------------------------------------------
Human Events reveals: President Obama has dispatched one of his top political advisers, Patrick Gaspard, to serve as the new executive director of the Democratic National Committee (DNC).

A recent email I received has been checked, and it is true, as the Dallas City Hall website proves....  Recently, the city of Dallas, Texas passed a "No Insurance" ordinance: if you have no car insurance, your car will be towed. To retrieve your car, you must show proof of insurance, pay for the tow, a $350 fine, and $20 for each day the car is in the lot.

After the ordinance was passed, the impound lots were full after nine days. Most of those cars were driven by illegal's.  Not only are more uninsured drivers off the road, but it is taking away the illegal's vehicle who won't pay for accidents or might endanger your life.


Obama is...rebooting his operation to what he knows best: wizard of all things to all people and master of warm healing. He is acting as a multi-hued, but blank, canvas upon which a swath of Americans can project its diverse hopes and dreams. President Barack Tabla Rasa.   [Has no one noticed that he has not once to my knowledge mentioned or favored his white heritage?]