The column the Boyne City Gazette would not print, ending my 1 1/2 years of columns in their paper; "If I wanted America to fail"; Obama's worldwide apology tour

Since the Boyne City Gazette, during this momentous time in our country's history, has decided to only carry  stories with a local focus, this is the first of my columns which they would not print. I will be posting more of my columns here, however.  Please help spread the columns to friends and family. 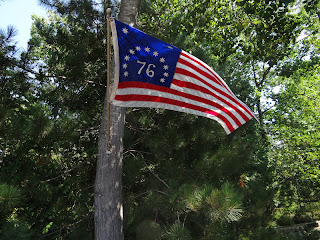 BARACK OBAMA – YOU DID NOT BUILD OUR AMAZING COUNTRY!

Recently Barack Obama had the audacity (referring to his book The Audacity of Hope) to say to small business owners, “If you’ve got a business, you didn’t build that!”  Despite cries to the contrary, listening to the full speech only makes it worse, as you can see if you Google the speech.  He was saying that it is government which made the roads, etc.  Isn’t it we the taxpayers, and the more successful ones especially, who paid the government taxes which built that infrastructure?
Barack, you did not build this great country which has stood as a beacon for freedom and opportunity for many decades.  In fact, your wife was never proud of America until you became a Presidential candidate!  Perhaps she doesn’t understand that it was Africa’s black kings who sold their own citizens into slavery. Maybe she forgets that it was American families who endured the death of 600,000 to rid our country of slavery.  Republican President Abraham Lincoln freed those slaves and Republicans passed most civil rights laws prior to 1960, including their right to vote – with few Democrats joining them.  Perhaps she cut classes when they were describing the amazing efforts of America’s military and citizens in defeating Hitler, saving the world, freeing those who were in concentration camps and then rebuilding their countries. Perhaps she is unaware of the fact that it is America which goes to the rescue of any country devastated by nature, even those of our enemies.  America has led the world in innovation and has provided its hard-working citizens the chance to rise from poverty to success.  Those are just some of the things that have always made me proud.
Obama did not personally endanger himself to write the Constitution he disdains, nor the Bill of Rights, as did our Founding Fathers.  Obama did nothing to actually earn the Peace Prize other than spout platitudes of peace and understanding.  He then proceeded to announce that he personally oversees his own “kill list” for choosing whom the military should kill each week.
Obama is not the one who developed the Affirmative Action programs which afforded him the miraculous life he has had.  He did not develop America’s can-do, work hard, seeking-excellence family traditions, but he is doing a lot to undermine them through government programs.
Here are some things Obama DID build: Obamacare, which most Americans did not want; raising our country’s debt more in his first 4 yrs. than President Bush did in 8 years; a government full of radicals, Communists and Muslims; negative job creation since his Inaugural and continuing rises in unemployment; the worst national intelligence leaks in many decades (endangering our military and our allies); speech designed to divide Americans from one another, promoting envy and hatred; unkempt promises of transparency; an unbalanced budget; plenty of new taxes; lobbyists in his Administration; and a valid challenge to Richard Nixon’s Enemy List via his website for turning in fellow citizens for perhaps speaking untruths about Obamacare.  He has made our borders porous, refuses to follow our Immigration laws and offers work permits to up to 1.5 million illegals at a time when American young people have an unemployment rate of 15%.  He has overseen an Administration which is totally against voters having to prove they are who they say they are, and that they are American citizens.
He has built an America which is uncertain about its future under his guidance, an America which is afraid to expand her businesses or hire more employees due to that uncertainty.  He has benefitted from a media who for many reasons are his campaign workers in their efforts to get him reelected.   He has built a system of cronyism wherein 80% of Stimulus funds were given to his donors and Democrats.  He has perfected a system which rewards his friends and demonizes those who disagree with his agenda and policies, with his minions claiming racism as the motivation, even though he is half white.
These are the things you have built, Mr. President, and America is all the worse because of them.  I bring to you all the often-hidden news.  Readers must take the responsibility to use it.
Read more at Conservativecorner-karen.blogspot.com
----------------------------------------------------------------------------------------------------------------------------------
If I wanted America to fail: a powerful video