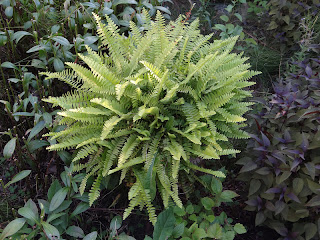 If you were watching MSNBC’s coverage of the Republican National Convention in Tampa on Tuesday night, you might believe those assertions, since missing from the coverage was nearly every ethnic minority that spoke during Tuesday’s festivities.

Condoleeza Rice: Everyone asks, where does America stand?
Indeed -- indeed, that is the question of the hour.  Where
does America stand?  You see when the friends or foes alike
don't know the answer to that question, unambiguously and
clearly, the world is likely to be a more dangerous and chaotic
place.
Since world war II, the United States has had an answer to
that question.  We stand for free peoples and free markets.  We
will defend and support them.
We will sustain a balance of power that favors freedom.

My fellow Americans, we do not have a choice.  We cannot be
reluctant to lead and you cannot lead from behind.
Mitt Romney and Paul Ryan understand this reality.  Our
well- being at home and our leadership abroad are inextricably
linked.  They know what to do.  They know that our friends and
allies must again be able to trust us.  From Israel to Columbia,
from Poland to the Philippines, our allies and friends have to
know that we will be reliable and consistent and determined.
And our foes can have no reason to doubt our resolve because
peace really does come through strength.

Has it made those who started the company successful beyond their dreams?
Yes, it has.

It allowed us to give our sons the chance at good educations and made all those long hours of book reports and homework worth every minute. It's given us the deep satisfaction of being able to help others in ways that we could never have imagined. Mitt doesn't like to talk about how he has helped others because he sees it as a privilege, not a political talking point. And we're no different than the millions of Americans who quietly help their neighbors, their churches and their communities. They don't do it so that others will think more of them.

They do it because there IS no greater joy.

"Give and it shall be given unto you."

Outside of the Republican National Convention this week, Karen and Billy Vaughn spoke at the Defending the Defenders forum sponsored by the Tea Party Patriots. The Vaughn’s son, Aaron Carson Vaughn, was one of 30 – including 17 elite Navy SEALs – that were killed in a helicopter crash last August in Afghanistan, marking the “deadliest single loss for U.S. forces in the decade-long war in Afghanistan.”
As pointed out by the Gateway Pundit, The Vaughns brought the letter they received from “Barack Obama” – a form letter.

White House in panic – 'People should start to practice the words'  http://www.wnd.com/2012/08/michael-moore-get-used-to-saying-president-romney/


According to Lew Rockwell, Paul’s former chief of staff, agents first questioned the pilot’s credentials, then insisted the passengers and plane be searched for explosives. TSA agents did not cite any specific threat, but insinuated the Paul family was a threat to Mitt Romney, claiming the nominee “might be nearby.”
The pilot reminded agents the plane itself, filled with fuel, was a bomb. Agents persisted with demands that the passengers be thoroughly examined, but Carol, Paul’s 76-year-old wife, has a pacemaker. She refused to submit to a search while an aide began recording the event. Eventually, the agents relented.
Private aircraft are not subjected to the same rigorous security screenings of commercial aircraft, leading some to believe Paul’s family was targeted by the agency.

How many terrorist attacks have the TSA prevented? http://www.libertynews.com/2012/08/30/tsa-says-ron-pauls-family-is-a-threat-to-mitt-romney-detains-them/
-