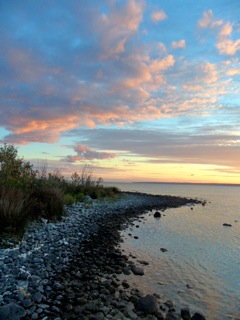 Well, the first night of the Republican convention couldn’t possibly have gone any better for Mitt Romney. The evening showcased two speeches that represented two key aspects of the American electorate — the two aspects of the American voter to which he needs to appeal if he is to win in November.
One is the heart. The other is the spine.
Ann Romney’s spectacular performance — as impressive a convention showing as any I’ve ever seen — focused on the heart. She made a direct appeal to women with straight talk about the difficulties of everyday life they know (she said) better than men.

“It’s given us the deep satisfaction of being able to help others in ways that we could never have imagined. Mitt doesn’t like to talk about how he has helped others because he sees it as a privilege, not a political talking point. And we’re no different than the millions of Americans who quietly help their neighbors, their churches and their communities. They don’t do it so that others will think more of them. They do it because there is no greater joy.”
The blissful haze that fell over the convention when Mrs. Romney was done was instantly replaced by the blustery charge of New Jersey’s Chris Christie. It was his choice to use his keynote address to try to stiffen the national spine. Mrs. Romney said she wanted to talk about love. Christie went in the opposite direction: “Tonight,” he said, “we’re going to choose respect over love.”
Read more: http://www.nypost.com/p/news/national/perfect_blend_caps_off_perfect_night_ELjh0ccurtd935yAccyD4J#ixzz24vokmLkp
------------------------------------------------------------------------------------------------------------
[In a perfect illustration of how the mainstream media lies comes this story, this time lying by omission.  Ok - it could be instead a display of MSNBC's racism.] One of the left’s favorite attacks on the Republican Party is that it is the party of old white people, devoid of diversity and probably racist.
If you were watching MSNBC’s coverage of the Republican National Convention in Tampa on Tuesday night, you might believe those assertions, since missing from the coverage was nearly every ethnic minority that spoke during Tuesday’s festivities.
In lieu of airing speeches from former Democratic Rep. Artur Davis, a black American; Mia Love, a black candidate for the U.S. House of Representatives from Utah; and Texas senatorial hopeful Ted Cruz, a Latino American, MSNBC opted to show commentary anchored by Rachel Maddow from Rev. Al Sharpton, Ed Schultz, Chris Matthews, Chris Hayes and Steve Schmidt.


The ad is sure to provoke massive consternation on the left, which has been in a frenzy ever since Special Operations for America launched. The event at which the ad launches, “Defending Our Defenders: A Salute to the United States Military,” will feature a tribute by Congressman Louie Gohmert, former members of SEAL Team Six, Army Rangers, Gold Star parents, and a few surprise guests.
Ryan Zinke, the former Navy SEAL who started the super PAC, spoke exclusively with Breitbart News today. “The ad itself accurately portrays where this President is,” said Zinke. “It accurately portrays his core belief that America should not lead. This president is shaping America to be one of the followers, to relinquish our role as a world leader. I didn’t fight 23 years as a Navy SEAL to watch America bow to anybody.”  [Do yourself a favor and watch the powerful 30 sec. video] http://campaigntrailreport.com/2012/08/28/latest-special-ops-ad-hammers-obama-for-bowing-video

“I have personally witnessed the heart rendering results of the loss of freedom. I have talked face to face with a Godless Communist leader. It may surprise you to learn that I was host to Mr. Khrushchev for a half day when he visited the U.S. I’m not proud of it. I opposed his coming in and I still feel it was a mistake to welcome this atheistic murderer as a state visitor but according to President Eisenhower, Khrushchev had expressed the desire to learn something of American agriculture and after seeing Russian agriculture, I can understand why.
“As we talked face to face, he indicated that my grandchildren would live under communism. After assuring him that I planned to do all in my power to assure that his and all other grandchildren would live under freedom, he arrogantly declared in substance, ‘You Americans are so gullible. No, you won’t accept communism outright but we will keep feeding strong doses of socialism until you finally wake up and find you already have communism. We won’t have to fight you. We’ll so weaken your economy until you fall like over ripe fruit into our hands.’” Ezra Taft Benson, former Sec. Of Agriculture under Eisenhower recounting a discussion he had With Khrushchev

Khrushchev also said in 1961 in his inimitable, boorish manner that Americans were those who if “you spit in their face, they call it dew.” In Bucharest, Rumania in 1962 he said, “But we do not want to make war on America or anyone else. We believe that some day the red flag will fly over the U.S. too but the American people will raise it.”http://www.newswithviews.com/Betty/Freauf130.htm