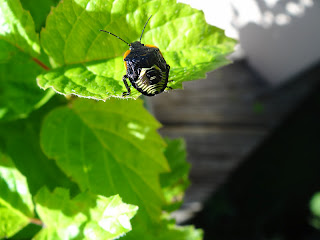 
I’m telling you, this guy is amazing. I always thought I was okay with arithmetic. This guy can run circles around me. He is honest, he is straightforward, he is sincere. And the budget he came forward with is just like Paul Ryan. It is a sensible, straightforward, honest, serious budget and it cut the budget deficit just like we did by four trillion dollars.


Gibson: And in each instance, when the [capital gains tax] rate dropped, revenues from the tax increased; the government took in more money. And in the 1980s, when the tax was increased to 28 percent, the revenues went down. So why raise it at all, especially given the fact that 100 million people in this country own stock and would be affected?
Obama: Well, Charlie, what I've said is that I would look at raising the capital gains tax for purposes of fairness.

U.S. intelligence agencies recently reported growing concerns that Israel will conduct a strike on Iran using a high-altitude nuclear burst aimed at disrupting all electronics in the country. https://mail.google.com/mail/?shva=1#trash/1396f9f03c515e74
--------------------------------------------------------------------------------------------------------------
During live coverage of the Republican National Convention here in Tampa, an ABC News employee provided the perfect example of the pervasive anti-Republican bias Mitt Romney faces in his bid to unseat President Barack Obama.
In video broadcast Monday night by ABC over the internet, a person can be heard claiming that GOP presidential candidate Mitt Romney and his wife Ann are unconcerned about the fate of residents of the New Orleans area who are currently being hit by Hurricane Isaac.
“They aren’t concerned at all,” the person says on tape. “They are happy to have a party when black people drown.”  [Later in the day, the man was fired.  He was Yahoo! News chief and has been highly awarded]Read more: http://newsbusters.org/blogs/matthew-sheffield/2012/08/29/abc-news-romneys-happy-have-party-when-black-people-drown#ixzz24x0umROO

While Jindal Waits for Federal Action on Hurricane Isaac, Obama Is Busy with Reddit AMA

Your Pediatrician and Your Parental Rights - [a warning]
By now, the experience can only be called “commonplace.” You take your child to the doctor for a rash or a sore throat, and the next thing you know your child is fielding some unrelated questions: “Is there a gun in your home? Do you usually wear a seatbelt when riding in the car? What’s your favorite music?”

If you haven’t yet heard such a dialogue between your child and the doctor, that doesn’t mean this is not occurring. “Doctors are trained in residency how to gently steer the parent out of the room so that they can do an assessment,” reports pediatrician and ParentalRights.org board member Verlainna Callentine, M.D. “The mindset is that because so many adolescents stay healthy, there are few opportunities to have a medical impact on the child once they get out of the early years of development. When a child comes in for a particular complaint, the opportunity is seized to assess other risk factors in the child's life.”

Dr. Callentine continues, “Absolutely, it can be intrusive. It is intentional. Some doctors may not want parents to know the kinds of questions being asked out of fear that the answers they will receive from the child will not be honest and truthful.”