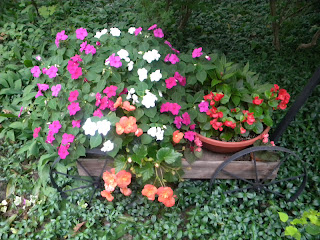 Award-winning actor Jon Voight told The Daily Caller at the Republican National Convention that he thinks President Barack Obama’s administration has “taken over” the mainstream media in a manner similar to how leftist Venezuelan President Hugo Chavez controls media in his country.
“The media has been taken over by this administration,” Voight, an outspoken Hollywood conservative, said in an interview with TheDC. “It’s not less than what has happened in Venezuela with Hugo Chavez, really, because you can’t get the information through. I’m giving you this because I want to get the press my opinion. You can put it in any way you want to. But, it’s become pure propaganda and we should be appalled.”


Obama’s Former Law Professor & 2008 Adviser: ‘Obama Must be Defeated in the Coming Election’

“President Obama must be defeated in the coming election. He has failed to advance the progressive cause in the United States,” the Harvard Law professor and Brazilian politician announced in a video published on YouTube.
“He has spent trillions of dollars to rescue the moneyed interests and left workers and homeowners to their own devices,” Unger added, also saying that Obama’s policies amount to “financial confidence and food stamps.”http://www.theblaze.com/stories/obamas-former-law-professor-2008-adviser-obama-must-be-defeated-in-the-coming-election/
--------------------------------------------------------------------------------------------------------------
The Democratic National Convention has just banned children from the convention floor — including breastfeeding babies — unless those children have convention credentials. Which, needless to say, is relatively unlikely.
It is not clear what motivated this particular policy. However, in a development that may surprise some people, the move has infuriated the party’s feminist luminaries. Feminist icon Gloria Steinem issued a statement to the Charlotte Observer slamming the policy:


“Women are the key to a Democratic victory, and sometimes, children are the key to women,” Steinem said in a statement. “It’s both right and smart for the Democratic Convention to behave as if children exist.”  [And in another stroke of brilliance, at a convention demonizing Republicans for their so-called War on Women, they have President Bill Clinton as a prime speaker.] http://www.theblaze.com/stories/democratic-national-convention-bans-babies-and-now-the-feminists-are-upset/#