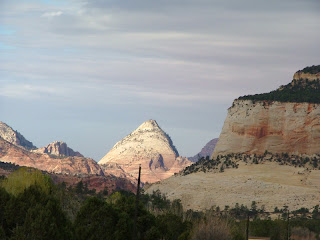 By NBC News staff and wire services
*The federal government has closed a criminal probe into Arizona lawman Joe Arpaio, who styles himself as "America's toughest sheriff," and no charges will be filed, the U.S. Attorney's Office said on Friday.
The Maricopa County sheriff and his deputies have been under investigation by the U.S. Justice Department since 2008.
Last December, the department said he and his office violated U.S. civil rights laws by engaging in racial profiling of Latinos and making unlawful arrests in their bid to crack down on illegal immigrants.  [So how many taxpayer dollars were spent in this politically motivated investigation?]
Arpaio is also known for outfitting county jail inmates in pink underwear, claiming the pink shorts are less likely to be smuggled out of jail and sold on the black market, and for housing inmates in a Tent City jail in Phoenix, even when Sonoran Desert summer temperatures soar to 115 degrees.
http://www.conservativerefocus.com/blog5.php/2012/09/01/obama-criticizer-and-birth-certificate-questioner-sheriff-joe-arpaio-feds-quietly-drop-investigation

“You said the time has come to move beyond the bitterness and pettiness and anger that’s consumed Washington,” the then-senator from Illinois said that winter night in Des Moines. “To end the political strategy that’s been all about division and instead make it about addition. To build a coalition for change that stretches through red states and blue states. We are choosing hope over fear. We’re choosing unity over division and sending a powerful message that change is coming to America.”--Barack Obama at the 2008 DNC http://www.washingtonpost.com/politics/obama-did-not-change-washington-for-each-side-its-clear-whos-to-blame/2012/09/01/a15265a0-f45b-11e1-adc6-87dfa8eff430_story.html?hpid=z1


Nikki Haley, Governor of S. Carolina said at the RNC:  And, sadly, the hardest part of my job continues to be this federal government, this administration, this president. As I said, my parents loved that when they came to America, if you worked hard, the only things that could stop you were the limits you placed on yourself. Unfortunately, these past few years, you can work hard, try to be as successful as possible, follow the rules, and President Barack Obama will do everything he can to stand in your way. South Carolina recently passed one of the most innovative illegal immigration laws in the country. What did this president - who has failed to secure our borders and address this issue in any meaningful way - do? He sued us. If this President refuses to secure our borders, refuses to protect our citizens from the dangers of illegal immigration, then states have an obligation to take it on ourselves.

And what did President Obama and his National Labor Relations Board do? They sued this iconic American company [Boeing]. It was shameful. And not worthy of the promise of America.

Some of you may know, the last time I [former campaign director to Obama, the black Artur Davis] spoke at a convention, it turned out I was in the wrong

We have a country to turn around. This week you will nominate the most experienced executive
to seek the presidency in 60 years in Mitt Romney.

He has no illusions about what makes America great, and he doesn't confuse the presidency with
celebrity, or loftiness with leadership.
Now, America is a land of second chances, and I gather you have room for the estimated 6
million of us who know we got it wrong in 2008 and who want to fix it.

Maybe we should have known that night in Denver that things that begin with plywood Greek
columns and artificial smoke typically don't end well.  http://campaigntrailreport.com/2012/08/28/rep-artur-davis-gop-convention-speech-video But by Wednesday, after several days of marches — permitted and unpermitted — police had arrested exactly three people. The largest demonstration drew 500 protesters at most — far fewer than the 10,000 some had predicted would swarm the city.
"Where are all the protesters? Where are our supporters?" wrote ResistRNC.org on its website Wednesday.

In the US, journalists are sacrificing editorial independence in exchange for access to top politicians. The practice has a long history in Germany, where interviews often must be authorized before publication.