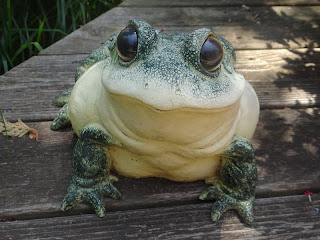 
Republicans are looking to flip the script on President Obama's frequent charges that Mitt Romney supported the outsourcing of American jobs with a new push Tuesday to highlight instances that stimulus dollars helped companies create jobs overseas.At an event in Iowa on Tuesday, RNC chairman Reince Priebus will debut a new website — ObamanomicsOutsourced.com — that features companies that received stimulus dollars and opened factories in foreign countries. Among the examples: a solar panel factory in Mexico, windmills in Denmark, and a battery manufacturer in South Korea.- http://thehill.com/blogs/ballot-box/house-races/236887-republicans-look-to-paint-obama-as-outsourcer-of-stimulus-dollars

HALLANDALE BEACH (CBSMiami) – Lifeguard Tomas Lopez’s journey this week has been all over the map. He went from being hailed for helping save a life, to being fired for leaving his beach, to being offered his job back.
But Monday, Lopez will once again be hailed, this time by Hallandale Beach. Mayor Joy Cooper told CBS4’s Carey Codd Friday that Lopez will receive a key to the city in a Monday morning news conference.  http://miami.cbslocal.com/2012/07/06/fired-lifeguard-to-receive-key-to-city-in-hallandale-beach/
-------------------------------------------------------------------------------------------------------------
"That's it," I thought: contempt.  Never have we seen a president so full of naked contempt for any person or idea or policy that does not accord with his own vision, plans, and beliefs.  Obama doesn't just disagree with others; he holds them in contempt.
Obama has shown contempt for American friends and allies.  He insulted the Czechs and Poles when he unilaterally and without warning repudiated our missile defense agreements with them.  His contemptuous snubs and denigrations of Israeli Prime Minister Netanyahu are notorious.  He recently showed contempt for the British by refusing to say he would recognize Britain's claim to sovereignty over the Falkland Islands, even if the Falklands' residents voted for British sovereignty in a plebiscite.  And just as Jimmy Carter ensured the shah's departure by rejecting him, so Obama paved the way for the Muslim Brotherhood's rise to power in Egypt by snubbing, ignoring, and abandoning a flawed ally rather than work with him to encourage reforms.


In 2010, influenced by the Tea Party and its focus on fiscal issues, 17 states elected Republican governors. And, according to an Examiner.com analysis, every one of those states saw a drop in their unemployment rates since January of 2011. http://www.breitbart.com/Big-Government/2012/07/07/Unemployment-Rate-Dropped-In-Every-State-That-Elected-A-Republican-Gov-In-2010