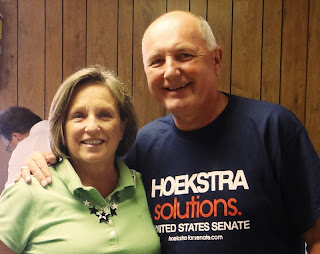 After the Supreme Court upheld Arizona’s law allowing police to check immigration status of those they stop in the course of their duties, an overwhelming majority of Americans say they want to see their own states enact the same kinds of laws.
The latest The Washington Times/JZ Analytics survey, released Monday night, found about two-thirds of all likely voters would like to see their own police be able to check status during routine traffic stops. Support was high across most demographics, including self-identified Republicans and independents, and even Hispanics favored the policy by a 55 percent to 41 percent margin. http://www.washingtontimes.com/news/2012/jul/10/poll-voters-still-want-arizona-style-immigration-l/
------------------------------------------------------------------------------------------------------------
In the history of golden parachutes it has to be the most generous of them all.
The former boss of the largest electricity company in the US is to get a $44m payoff - for just 20 minutes work.
Bill Johnson was in charge of the newly merged Prospect Energy and Duke Energy for less than an hour before he was ousted.
According to Securities filings he could walk away with the colossal farewell package in what a former colleague has called ‘the most blatant example of corporate deceit’ he had ever seen.
Utilities regulators are now considering investigating his abrupt resignation amid protests from shareholders.


It was nearly midnight when Stern and Hess, a film-industry prop master, headed home last July from Jazz at Lincoln Center’s Midsummer Night’s Swing. As they waited for the train, a musician started playing steel drums on the nearly empty platform and Stern and Hess began to feel the beat.
“We were doing the Charleston,” Stern said. That’s when two police officers approached and pulled a “Footloose.”
“They said, ‘What are you doing?’ and we said, ‘We’re dancing,’ ” she recalled. “And they said, ‘You can’t do that on the platform.’ ”
The cops asked for ID, but when Stern could only produce a credit card, the officers ordered the couple to go with them — even though the credit card had the dentist’s picture and signature.


An interview with George Obama, who lives in a hut in Kenya "like something out of 'Slumdog Millionaire'" is featured in the upcoming movie "2016: Obama's America."

Barack Obama’s half-brother, George Obama, is about to make his film debut, and in a feature-length documentary that is critical of the president, no less.
Posted by Karen at 7:34 AM