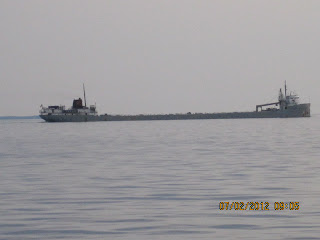 
The Obama administration is moving to shut down nine Border Patrol stations across four states, triggering a backlash from local law enforcement, members of Congress and Border Patrol agents themselves.
Critics of the move warn the closures will undercut efforts to intercept drug and human traffickers in well-traveled corridors north of the U.S.-Mexico border. Though the affected stations are scattered throughout northern and central Texas, and three other states, the coverage areas still see plenty of illegal immigrant activity -- one soon-to-be-shuttered station in Amarillo, Texas, is right in the middle of the I-40 corridor; another in Riverside, Calif., is outside Los Angeles.
U.S. Customs and Border Protection says it's closing the stations in order to reassign agents to high-priority areas closer to the border.


Former President George W. Bush has kept a relatively low profile in the United States since leaving office.  But in Africa this week he is publicly promoting his institute's initiative to prevent and treat cervical cancer. While Bush is following a familiar post-presidential path in supporting humanitarian causes, he would prefer to focus on quiet service, to lead through example and hard work. He worked alongside other volunteers in Kabwe - Zambia's second-largest city - to renovate a health clinic which specializes in the early detection and treatment of cervical cancer.  http://www.voanews.com/content/george-bush-africa-cervical-cancer/1363615.html


Jurassic Park in a Petri dish: Scientists bring 500 million-year-old bacteria back to life - what could possibly go wrong?

A Manhattan couple is suing New York City after an incident last July that began with them swing dancing on a subway platform and ended with them spending a night behind bars.

The couple is suing for unspecified damages, claiming they spent a miserable night behind bars handcuffed and were later told it’s not illegal to dance on the platform after all.
The charges of resisting arrest and blocking the flow of traffic were eventually dropped.
The New York City Law Department is reviewing the lawsuit.