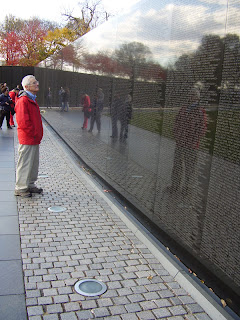 One year ago President Obama signed an order for the killing of Osama Bin Laden, wording it in such a way as to give himself all credit if the mission was successful.  If the mission failed, it would have clearly been the responsibility of the Admiral in charge.  Once the mission was successful Vice President Joe Biden, against protocol and intent, exclaimed that it was Seal Team 6 which did the deed.  Biden thereby endangered the lives of the Seal Team, their families, and the Pakistanis who assisted in the finding of Bin Laden.  The President promptly revealed the taking of a large cache of intelligence.  This revelation infuriated the intelligence community, who now lost their opportunity to quietly use the intelligence to gain further information.  The President recently traveled to Afghanistan to thank the military and intelligence communities for the Bin Laden mission.  He asked for shout outs to several groups, saying, “We have Task Force Paladin - and Task Force Defender in the house!“  Being the unbridled self-centered man that he is, he then said, “And we have me in the house!“  Instead of rejoicing with all Americans, President Obama once again displayed his  intent to divide Americans by running an outrageous campaign ad saying that Mitt Romney probably would not have made that tough decision.

During his Presidential campaign the President declared that he would conduct direct negotiations with our enemies, even prior to receiving any concessions from them.  That clearly has not worked.  Some would see a pro-Muslim agenda in his directing NASA, our Space Agency, to have as its mission the improvement of relations with Muslims.  How can that be explained?  While most Americans understand that those of Islamic faith who are radical terrorists are a great threat to America, President Obama has invited the radical Muslim Brotherhood to the White House to converse with our National Security Council.  He has placed  Mohammed Elibiary (who praised the Ayatollah Kohmeini and leaked highly sensitive intelligence) onto his Homeland Security Advisory Committee.

The founder of  CAIR (Council on American-Islamic Relations) has declared its agenda to be: “Islam is not in America to become equal to any other faith, but to become dominant.  The Quran should be the highest authority in America and Islam the only accepted religion on earth.“  We ought to pay attention to these stated goals.  It is gaining power and presence in America in spite of our knowing it has ties to terrorism and has been deemed to be part of Hamas.  The FBI caved to the demands of the Council  by eliminating all references to Islam in the FBI terror training materials.  The Defense Department declared that the Muslim Hasan, the American military member who massacred 13 people at Fort Hood while shouting “Allahu Akbar!“ is not a terrorist.  Rather, it was an example of “workplace violence”.

On our relations with Islamic countries, the President refused to respond to pleas of Iranians seeking American help with obtaining their freedom.  He placed American soldiers into Libya without consulting Congress, a clear violation of precedent and maybe the law.  Secretary of Defense Leon Panetta then shocked Congress by openly stating to them that the UN and the International community would be part of any decision to enter Syria, and only then might Congress be informed or asked for permission.

Regarding our relations with North Korea, Defense Secretary Leon Panetta discussed the recent missile launch by North Korea by saying that it has us ‘within one inch of war.’  This comes at the same time that Iran is resisting all of President Obama’s attempts to have them abandon their production of a nuclear bomb, even though the President has declared that bomb to be “unacceptable”.  China is rising in power, and Russia is not cooperating.

A senior State Department official recently declared that the War on Terror is over!  I don’t think so.  It is believed by many that we are less secure as a nation today than we were 3 ½ years ago, just as Leon Panetta stated.  We have insulted our allies, made Israel doubt our support, and we have failed to promote peace through strength.
Posted by Karen at 7:00 AM