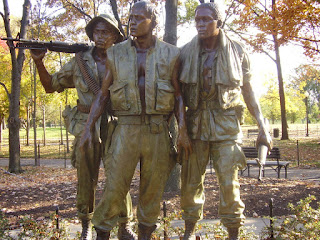 Loose Lips Sink Ships:  Remember the World War II slogan, “Loose lips sink ships”? Perhaps those posters should be reprinted and spread around the most classified departments of the U.S. government because our soldiers and spooks just can’t seem to keep their lips sealed–at least not when they have a triumph to brag about.
The first case in point was of course Operation Neptune Spear, which killed Osama bin Laden. Details of how it was done, and of the resulting intelligence cache, were soon spread all over the news, notwithstanding an agreement among senior administration officials to keep the operation secret. More details have been gushing out in recent days–with still more to come–as President Obama uses this Special Operations Command triumph to bolster his reelection chances, never mind the palpable unease in Special Operations circles about the damage being done from the revelation of their “TTPs” (tactics, techniques, and procedures).
Now something similar is occurring with all the publicity resulting from an Associated Press leak about the double-agent who blew up the al-Qaeda in the Arabian Peninsula plot to blow up a U.S. airliner with a more sophisticated form of “underwear bomb.” No doubt Saudi intelligence officials who ran the double agent and provided information to the CIA are aghast to see the details splashed across front pages.  http://www.commentarymagazine.com/2012/05/10/secrecy-needed-in-covert-operations/
------------------------------------------------------------------------------------------------------------
Occupy Cleveland  shows up at would-be bridge bombers arraignment: After these five were arrested, an Occupy organizer said they “don’t share its non-violent views and don’t represent Occupy Cleveland” (except maybe for the one who signed the warehouse lease).
Many members of Occupy Cleveland continued to distance themselves from the alleged would-be bridge bombers yesterday by… showing up at their arraignment: http://michellemalkin.com/2012/05/08/occupiers-support/

Being on the President's enemy list: Here's what happens when the president of the United States publicly targets a private citizen for the crime of supporting his opponent.  First a Romney supporter was named on an Obama campaign website. That was followed by the slimy trolling into a citizen's private life. [Saul Alinsky Rule for Radicals: pick your target and freeze it.]
Rather than condemn those demeaning his opponent's donors, Mr. Obama—the nation's most powerful man—instead publicly named individuals, egging on the attacks. What has followed is the slimy trolling into a citizen's private life.
Mr. VanderSloot acknowledges that "when I first learned that President Obama's campaign had singled me out on his 'enemies list,' I knew it was like taping a target on my back." But the more he's thought it through, "the public beatings and false accusations that followed are no deterrent. These tactics will not work in America." He's even "contemplating a second donation."
Still. If details about Mr. VanderSloot's life become public, and if this hurts his business or those who work for him, Mr. Obama will bear responsibility. This is what happens when the president makes a list.

Turn out on Election Day! From Michelle Malkin: The solution [to voter fraud] isn't to sit back and bemoan a fantastical global conspiracy. The solution is to get off the couch, support election integrity activists like O'Keefe, and turn out in force on Election Day to eject Obama's voter fraud coddlers. Like the old saying goes: If it ain't close, they can't cheat.-  http://www.humanevents.com/article.php?id=51377