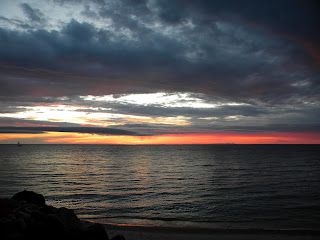 At the time that President George W. Bush was signing on to UN Agenda 21 (never ratified by Congress)  Al Gore stated, ”Americans are going to have to face a wrenching transformation of Society” [in the effort to attain “sustainability].  President Obama's stated goal is a "transformation of America" as we know it.  It sounded so exciting to so many during Obama’s campaign.  It will serve us well to hear the thoughts of the icons of the “sustainability” agenda.  Professor Maurice King stated, "Global Sustainability requires the deliberate quest of poverty, reduced resource consumption and set levels of mortality control."  The magazine Wild Earth wrote: Phasing out the human race will solve every problem on earth, social and environmental. The co-founder of Earth First! wrote: We must make this an insecure and inhospitable place for capitalists and their projects.  We must reclaim the roads and plowed land, halt dam construction, tear down existing dams, free shackled rivers and return to wilderness millions of acres of presently settled land.  As the founder of UN Environment Programme said, “Isn’t the only hope for the planet that industrialized civilization collapse?”  “A massive campaign must be launched to de-develop the United States, said Paul Erlich, Professor of Population Studies.  Americans, it is said, need to be taken down to a condition closer to average in the world.  Only then will there be social justice, the cornerstone of Agenda 21, the playbook for slowly molding an apathetic America into global governance.
Little did we know at the time that in addition to transforming America to be no better than any other country, and redistributing the wealth of our hardest workers to global entities as well as to other Americans, our President apparently meant a transformation to sustainability in how we live.  His Executive Order forming the White House Rural Council is already regulating American farms and farmland in new and troubling ways.  His EPA adds to the threat.
Carroll County, Maryland voted in 2011 to cancel the county’s membership in ICLEI (International Council for Local Environmental Initiatives), terminating their contract for the county’s “sustainability development director”.  Forming a Property Rights Council, the county stated that the rewritten development plan must once again protect private property rights and comply with the US Constitution.  Enough is enough for this county in the know!  ICLEI cities in Michigan includeTraverse City, Ann Arbor, Dearborn, Flint, Grand Rapids and Ferndale, their participation cloaked in terms of environmental stewardship and "sustainable development".  Provided software assists them in determining emissions, creating population “centers” and fighting “urban sprawl”.
Unofficial reports indicate that at least 54 communities have withdrawn from ICLEI in 2011.  State legislatures have pushed back on Agenda 21, and Washington State created an Anti-Agenda 21 Caucus.  Repeal of Smart Growth Legislation is growing.  The Republican National Committee recently sponsored a “Resolution Exposing United Nation Agenda 21.”

.  The Heritage Foundation, as well as some in Congress has now acknowledged the threat of Agenda 21, in an article entitled “Agenda 21 and the Threat in Our Backyard.”  Democrats have initiated a website: democratsagainstagenda21.com, where people of all stripes can educate themselves to what is really going on in planning commissions in our country.  With both Democrats and Republicans working on the issue, activists are finally being seen as more than fringe conspiracy theorists.  As Americans have begun to study the UN Agenda 21 they have learned that once again the UN does not have the interests of America in mind.
What should you be looking for in your community?  “Trained facilitators” will be used at “consensus meetings”, with those who would benefit by the regulations there to support their agenda.  There will be no real debate nor open discussions, just break-out groups.   Activities which may be deemed “unsustainable” include ski runs, grazing of livestock, agriculture, fencing of pastures, chemical fertilizers, herbicides, paved and tarred roads, railroads, modern hunting, logging, fossil fuels, dams, private property, cemeteries and sewers.  Do you really favor regulatory edicts and eminent domain actions by a government empowered by the UN and Agenda 21?   Our country must not be controlled by UN initiatives, but by American citizens continuing to improve their environment, as we always have, without losing America’s sovereignty.
-------------------------------------------------------------------------------------------------------------

The Environmental Protection Agency will issue the first limits on greenhouse gas emissions from new power plants as early as Tuesday, according to several people briefed on the proposal. The move could end the construction of conventional coal-fired facilities in the United States.
The proposed rule — years in the making and approved by the White House after months of review — will require any new power plant to emit no more than 1,000 pounds of carbon dioxide per megawatt of electricity produced. The average U.S. natural gas plant, which emits 800 to 850 pounds of CO2 per megawatt, meets that standard; coal plants emit an average of 1,768 pounds of carbon dioxide per megawatt.  [As our President said during his campaign, "“If somebody wants to build a coal-powered plant, they can, it’s just that it will bankrupt them.”]