Obama on the individual mandate; You can make people buy broccoli, or a burial plot; These people are not stupid; IRS to hire 10,000 agents for health care provisions; Obama backers whipping up mobs; A Christian revolt in San Francisco; Boys in hoodies, and Mr. President's campaign; There is room for socialists and communists; Cheney should not have received heart because "he tends to stir controversy"; Obama Administration to work hand-in-glove with UN to pass a new "Small Arms Treaty"; Flash mob over Travon; House Dems' plan is for $6 trillion more in deficits

"...it does not require a majority to prevail, but rather an irate, tireless minority keen to set brush fires in people's minds..." -- Samuel Adams 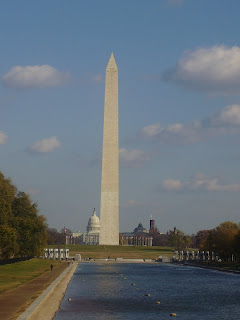 Continue reading on Examiner.com Obamacare: Citizens' medical records security may be breached, report warns - National Law Enforcement | Examiner.com http://www.examiner.com/law-enforcement-in-national/obamacare-citizens-medical-records-security-may-be-breached-report-warns#ixzz1qKRzdmJJ
-------------------------------------------------------------------------------------------------------------
American Thinker reports: In another historic first, President Obama's backers are actively whipping up mobs.  Not just the Occupoopers of Wall Street, but also Twitter mobs, Facebook mobs, and flash mobs.
Every active conservative should spend some time on social media sites to see liberals whipping each other into a frenzy.  Know your enemy -- and if you don't like the word "enemy" (I don't), consider what Saul Alinsky calls you. You may not consider yourself their enemy, but that's how they think about you.  Ignore it at your peril.
The Obama campaign loves to boast about its use of  Facebook and Twitter to push The One over the top last time.  With Facebook claiming 700 million members, the potential for political mayhem is huge.
This is David Axelrod's specialty of astroturfing.  Obama has become O'mobba: he is the first president in history to give his official public blessing to "idealistic" anti-capitalist mobs.
There is no doubt that these organized "spontaneous" mobs will be used in the election campaign.  Be prepared to face nasty, vicious lowbrow mobs with iPhones and iPads.

Pat Buchanan: Why doesn't Obama give a Tucson-type speech over Trayvon incident?