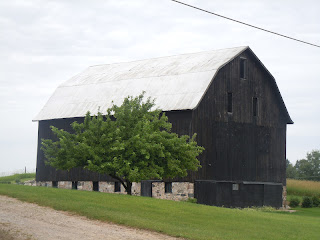 
Liberty Log reports: The American Community Survey: A government sanctioned assault on liberty  [Have you received yours?]

It sounds innocuous enough, but the internet is full of stories of overzealous Census Bureau employees harassing citizens with late night door knocks and threatening phone calls.  A common thread seems to be that when citizens push back, contact a reporter or complain to their congressional representative, the Census Bureau backs down.  I should also point out that unless the person at your door is escorted by an actual law enforcement representative and a court order, you the citizen are under no legal obligation to speak to them.  My guess is they do not want the court fight so if you push back hard enough, albeit politely without breaking any laws yourself, they eventually get the hint.
I cannot for the life of me understand why these folks think they can delve so deeply into the private lives of citizens.  Why they feel it is appropriate to collect data on the living, working and driving habits of regular folks.  More to the point, who do these people think they are; harassing citizens at all hours with phone calls, home visits, threatening letters and threats of legal action?  The folks doing this are literally worse than collection agencies.  They attempt to justify their actions by repeating the talking point that not providing the information will prevent your neighbors and community from receiving their “fair share” of federal funding.  So I am supposed to allow them to invade my privacy so the government can better redistribute my money?   Not to put too fine a point on it but that is simply not going to happen.  [What are some of the intrusive questions?  When was your home built? Do you have a flush toilet?  How many vehicles are kept at your home?  Which fuel is most used? What did you pay for your electricity and gas last year?  What is your monthly rent, or the cost of your monthly mortgage, real estate taxes and insurance? Do you have a 2nd mortgage? Do you have serious difficulty concentrating, remembering or making decisions?  Have you ever served in the Armed Forces?  I for one will be contacting my representative if and when I get one of these forms.]   http://libertylog.org/?p=2573
--------------------------------------------------------------------------------------------------------------

The Republican Party isn’t taking on the census itself, the count of the United States population made every 10 years, but the more comprehensive American Community Survey.

But the Republican National Committee resolved this month that the Census Bureau behaves “exactly as a scam artist would, asking very personal questions,” and called the survey “a dangerous invasion of privacy,” and “overreaching and intimidating.” The committee said the Census Bureau was “spending millions of tax dollars to violate the rights and invade the personal privacy of United States citizens.”


Free Beacon reports: After an audit of 24,355 non-Medicaid food stamp recipients in New Hampshire, the report shows 2,200 hold a primary address outside of the state. [...]
“We are up to a potential in that program alone of up to $41 million worth of payments that may be questionable,” said House Speaker Bill O’Brien.
The report also cites cases of incarcerated or deceased residents getting benefits, including one where the recipient may have been dead since 1983. http://freebeacon.com/nearly-10-percent-of-n-h-food-stamp-recipients-have-out-of-state-address/