Obamacare changes the relationship of the Federal Government to the individual in the very fundamental way; EPA limits could end construction of coal-fired plants - just as Obama promised; Circuit court judges sign Recall Scott Walker petition; JFK's flea market; Obama's lack of originality in speech; Cruel and unusual punishment; Eligibility bill offered in AZ; Forbidden words on school test material; Now it is "a bi-partisan bill" and an "individual responsibility"; US won't state that Jerusalem is the capital of Israel; High-fat diets may not be causing heart disease 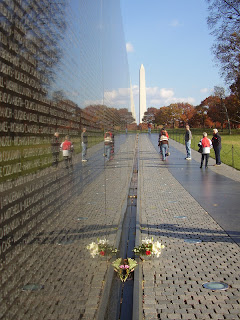 Redstate writes: As the clock approached 11, Kennedy spoke again, sending shockwaves through the legal community. He stated matter of factly, "The reason this is concerning, is because it requires the individual to do an affirmative act. In the law of torts our tradition, our law, has been that you don’t have the duty to rescue someone if that person is in danger. The blind man is walking in front of a car and you do not have a duty to stop him absent some relation between you. And there is some severe moral criticisms of that rule, but that’s generally the rule.
“And here the government is saying that the Federal Government has a duty to tell the individual citizen that it must act, and that is different from what we have in previous cases and that changes the relationship of the Federal Government to the individual in the very fundamental way.”
It was the quote heard round the world. It is what the tea party movement, libertarians, conservatives, and so many private citizens have been saying. It was an expression of what nearly every legal scholar on television has pooh-poohed as the troglodyte rhetoric of plebeians not educated enough to understand their own founding compact.
That Justice Kennedy expressed something so obvious to so many Americans that so many well educated legal analysts have mocked for two years as an outmoded view of the constitution put forward only by hicks, rubes, and the racist middle class tea partiers not cool enough to defecate on police cars like the Occupy Wall Street hipsters should deeply, deeply trouble every radio station, newspaper, and television news network along with the American people.
Just how out of touch are the people the news media relies on as legal experts used to help form both their and their audiences’ opinions? More so, is it not abundantly obvious that legal experts let their own partisanship shape their opinions? http://www.redstate.com/erick/2012/03/28/sinners-in-the-hands-of-anthony-kennedy/
------------------------------------------------------------------------------------------------------------


Redstate reports: The Environmental Protection Agency will issue the first limits on greenhouse gas emissions from new power plants as early as Tuesday, according to several people briefed on the proposal. The move could end the construction of conventional coal-fired facilities in the United States.
The proposed rule — years in the making and approved by the White House after months of review — will require any new power plant to emit no more than 1,000 pounds of carbon dioxide per megawatt of electricity produced. The average U.S. natural gas plant, which emits 800 to 850 pounds of CO2 per megawatt, meets that standard; coal plants emit an average of 1,768 pounds of carbon dioxide per megawatt.

Whether it be in the form of directing you to purchase a product you don’t wish to buy, telling religious organizations what they have to allow, or making electricity unaffordable, the cancerous growth of regulations presents the greatest danger to our liberty. Until the Congress decides to man up and take back the power that it has relinquished we are in a death spiral as a free people.  [Obama stated in 2008, “If somebody wants to build a coal-powered plant, they can, it’s just that it will bankrupt them.”]  http://www.redstate.com/streiff/2012/03/27/the-obama-administration-outlaws-new-coal-fired-powerplants/
------------------------------------------------------------------------------------------------------------
American Thinker writes: An investigation reveals 29 sitting circuit court judges in Wisconsin sign a union-driven recall drive targeting Republican Governor Scott Walker. Newspapers and radio-TV news are outraged -- OUTRAGED! -- that jurists put their names to such an overtly political document, showing their utter lack of impartiality -- bias, if you like. Media painstakingly name all 29 judges, city-by-city, and spank them for their partisanship.
What happens when another inquiry turns up the fact at least Wisconsin 25 journalists in just a single 10-newspaper chain also signed the politically-charged petitions to recall the governor?

“The belly of the airplane has become like a flea market for airport employees. They go in there and go through all the luggage unencumbered, unchecked,” JFK security lawyer Kenneth Mollins said.