Obama's "Presidential Study Directive on Mass Atrocities"; Judge says a ban on firearms outside of homes during an emergency violates the 2nd Amendment; Holder says reverse discrimination "against his people" has only just begun; "Today Show" edited Zimmerman's 911 call; Photos of Zimmerman and Martin shaped public opinion; Sharpton's planned economic sanctions; "We want arrest - shot in the chest"; Deaths in Chicago ignored; Chief Justice says states have been compromising thier sovereignty; Why are conservatives conservative?; Obama says government spending is what made America great; Liberalism stays away from ballot box, inserts itself into courts 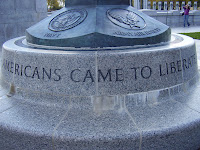 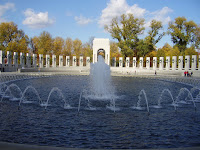 Trevor Loudon writes: You may not have heard of PSD-10 because it has received no significant coverage from the major media. Yet, President Obama issued “Presidential Study Directive 10” last August 4, 2011, and posted it on the White House website: http://www.whitehouse.gov/the-press-office/2011/08/04/presidential-study-directive-mass-atrocities.  It amounts to a new and potentially far-reaching exercise of American military power cloaked in humanitarian language and conducted under the auspices of the United Nations and the International Criminal Court.

Under this new “Obama doctrine,” U.S. troops can be deployed to arrest or even terminate individuals wanted by the International Criminal Court, which is based on a treaty that has not been ratified by the U.S. Senate and isn’t even up for Senate consideration.
This “Presidential Study Directive on Mass Atrocities,” another name for PSD-10, declares that “Preventing mass atrocities and genocide is a core national security interest and a core moral responsibility of the United States.” This is at sharp variance with the traditional role of the U.S. military—self-defense and protection of the homeland. Toward this end, an “Interagency Atrocities Prevention Board” is being formed to develop and implement this new Obama doctrine. However, it is apparent that the doctrine is already going forward.
Members of the public haven’t heard of PSD-10, but they may have heard of a decision Obama made on October 14, 2011, when he informed Congress that he had authorized “a small number of combat equipped U.S. forces to deploy to central Africa to provide assistance to regional forces that are working toward the removal of Joseph Kony from the battlefield.” http://www.trevorloudon.com/2012/03/obama%E2%80%99s-secret-war-making-for-the-u-n/
-------------------------------------------------------------------------------------------------------------
World Net Daily reports: A federal judge has struck down a North Carolina provision that authorizes a ban on firearms and ammunition outside homes during “a declared emergency,” determining that violates the Second Amendment.
Word on the decision comes from Second Amendment Foundation, which has been taking on local and state restrictions ever since the U.S. Supreme Court determined that Americans, under the Constitution, have the right to keep and bear arms.
WND reported earlier when residents of King, N.C., were startled by the banishment of firearms during a “declared snow emergency.”

Our own attorney general, ostensibly committed to even-handed enforcement of the nation's laws, referred to blacks as "my people."  Strangely, it is socially acceptable for only certain groups to proudly claim ethnic group membership.  If similar tribal loyalties were publicly boasted by a white ethnic, that would be seen as sinister.  Just imagine the reaction if a President Bush had identified -- on the basis of race -- with a victim of minority-on-white crime by saying, "Channon Christian looks like my daughters."
In this liberal, racialized conception of society, minority groups are supposedly not getting "benefits to which they are entitled."  The danger in this attitude is not just that people are asking for free stuff from the government.  The danger is that minority group members are made to believe that society is purposefully withholding benefits from them due to their racial group membership.  Hence the resentment and latent animosity lurking at the core of the welfare state, and its ever-expanding legion of dependents.
This menacing fact was once openly recognized by sociologists.  Decades ago, Edward C. Banfield wrote that urban social problems will increasingly come to be regarded as the fault of "callousness or neglect by the 'white power structure'" [2].  Just as expected, we now have a cult of anti-white resentment named Critical Race Theory being taught in law schools around the nation.Read more: http://www.americanthinker.com/2012/04/holders_revenge.html#ixzz1qss1rnwX

Breitbart reports: NBC told the Washington Post's Erik Wemple Saturday that it would investigate an incident in which the "Today" show used an abridged recording of George Zimmerman's 911 call before he killed Trayvon Martin. The version used by NBC emphasized race as a factor in the incident.

Pat Dollard writes:  When he was shot, Trayvon Martin was not the baby-faced boy in the photo that has been on front pages across the country. And George Zimmerman wasn’t the beefy-looking figure in the widely published mugshot. Both photos are a few years old and no longer entirely accurate. Yet they may have helped shape initial public perceptions of the deadly shooting. http://patdollard.com/2012/03/old-photos-may-be-deceptive-trayvon-martin-shooting-case/


Marathon Pundit writes: Yesterday Rep. Bobby Rush (D-IL) donned a hoodie as he spoke on the floor of Congress yesterday, to draw attention to the Trayvon Martin case. But about an hour ago inside a store six people were shot on the 1400 block of West 79th Street on Chicago's South Side-which is in Rush's district.
One of the victims is dead. This section of the South Side is predominantly African-American.
Will Rush, a former Black Panther, express outrage over this tragedy? http://marathonpundit.blogspot.com/2012/03/six-shot-one-dead-in-bobby-hoodie-rushs.html