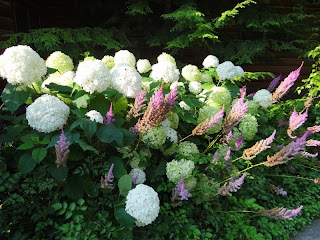 The Charleston Daily Mail opines: In 2010, organized labor condemned the bipartisan vote in the United States Senate that killed the Employee Free Choice Act.
Employees, prematurely, celebrated the fact that their right to a secret ballot in elections determining union representation was secure.
EFCA, or the "card check" bill, would have eliminated the sacred right of employees to participate in their union elections by secret ballot.
Where the current administration has failed to persuade Congress to adopt its legislative agenda, time and again, it has waived its regulatory wand and enacted the failed "legislation" as "regulation."
Magically, it becomes the law of the land.
Since the rejection of the Employee Free Choice Act, the administration, largely through the National Labor Relations Board, has brought the legislation the Congress killed back to life.
Consider these recent regulatory initiatives of the NLRB:
n Expanded use of mail and Internet balloting in union elections.
Why? Because these ballots are not cast in secret.
* "Ambush elections" are being pursued, shortening the period of electioneering in a union campaign from 42 to 10 days, with the net result that employees know as little as possible about what they are voting for or against;
* New regulations from the U.S. Department of Labor so onerously increase reporting requirements on management lawyers and consultants that many will cease serving employers at all, depriving them of critical advice on how to comply with the law and not violate it;
* Universal posting obligations imposed on ALL employers explaining how employees can organize a union.
These notices would have to be posted by every employer in every worksite that is under the NLRB's jurisdiction (which includes virtually all private-sector employers) forever; http://www.dailymail.com/Opinion/Commentary/201108021369?page=2&build=cache
-----------------------------------------------------------------------------------------------------------
Snopes confirms: [This program won't allow the entire graph to show, but the % of increases in             salary range from 86% to 17%.  You must click on the link to see for yourself.....  Please note
the titles of the job-holders.]