Attacks on Tea Parties; Al Gore's investment in Cap & Trade; 17% believe U.S government has the consent of the governed; Obama: creating more jobs is not rocket science; George Soros made $1billion on debt rating?; Geithner on S&P's lack of knowledge; A widespread crisis of faith in progressive guardians; 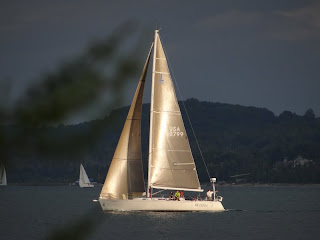 YouTube shows: In his speech on the Senate floor, Sessions stood up for the Tea Party and those who share their concerns: "You'll forgive me if I'm a little concerned by all these attacks on the Tea Party. They didn't start this fire—they sounded the alarm. Before the last election, when Democrats controlled both chambers of Congress by substantial majorities, every conversation was about increasing spending...
But, after the 2010 election, and the emergence of the Tea Party... we have finally begun to look at Washington's spending problem. Now, instead of just raising the debt ceiling with no spending cuts—as the White House initially and repeatedly demanded—we're talking about how to cut some spending."  http://www.youtube.com/watch?v=52JDl05HvIM&feature=player_embedded

Al Gore’s venture capital firm has invested $6 million in a software company that stands to make billions of dollars from cap-and-trade regulation — further fueling controversy that Gore lied about his profiteering from cap-and-trade to Rep. Marsha Blackburn (R-TN) and the House Energy and Environment Subcommittee during testimony in April. http://www.canadafreepress.com/index.php/article/11607

Read more: http://www.dailymail.co.uk/news/article-2023809/Did-George-Soros-win-10-1-return-S-Ps-US-credit-rating-downgrade.html#ixzz1UWlgvgum
-------------------------------------------------------------------------------------------------------------
Creators.com opines: An unrepentant Geithner immediately took the offense and insultingly attacked S&P for its decision to downgrade our credit rating. "I think S&P's shown really terrible judgment. And they've handled themselves very poorly, and they've shown a stunning lack of knowledge about basic U.S. fiscal budget math."
S&P's managing director, David Beers, didn't receive the slander sitting down. He said he had "absolutely" no second thoughts about the decision. He also said it was a gross exaggeration to suggest that the downgrade was mainly responsible for the market sell-off, pointing to the extreme volatility of the market in the period preceding the downgrade.
Consider also the arrogance of this administration for lecturing anyone else about his budgetary acumen. We've not experienced a financial train wreck in our national history so directly traceable to the White House.
There is no question Republicans bear some degree of blame for all of this, but Obama (and his party) has ratcheted up spending to an entirely new level of profligacy.
His deficits are three times those of his predecessor and 10 times the Bush deficit of 2007.  http://www.creators.com/conservative/david-limbaugh.html
------------------------------------------------------
National Review opines: We are witnessing a widespread crisis of faith in our progressive guardians of the last 30 years. These are the blue-chip, university-certified elite, employed by universities, government, and big-money private foundations and financial-services companies. The best recent examples are sorts like Barack Obama, Eric Holder, Larry Summers, Peter Orszag, Robert Rubin, Steven Chu, and Timothy Geithner. Politicians like John Kerry, John Edwards, and Al Gore all share certain common characteristics of this Western technocracy: proper legal or academic credentials, ample service in elected or appointed government office, unabashed progressive politics, and a free pass to enjoy ample personal wealth without any perceived contradiction with their loud share-the-wealth egalitarian politics.
In the devolution from global warming to climate change to climate chaos — and who knows what comes next? — a small group of self-assured professors, politicians, and well-compensated lobbyists hawked unproven theories as fact — as if they were clerics from the Dark Ages who felt their robes exempted them from needing to read or think about their religious texts. Finally, even Ivy League and Oxbridge degrees and peer-reviewed journal articles could not mask the cooked research, the fraudulent grants, and the Elmer Gantry–like proselytizing about everything from tree rings and polar-bear populations to glaciers and the Sierra snowpack. A minor though iconic figure was the truther and community activist Van Jones, the president’s “green czar,” who lacked a record of academic excellence, scientific expertise, or sober and judicious study, assuming instead that a prestigious diploma and government title, a certain edgy and glib disdain for the masses, and media acclaim could permit him to gain lucre and influence by promoting as fact the still unproven.
So the elites’ furor grows at those who seek and obtain power, exposure, and influence without the proper background, credentials, or attitude.
http://www.nationalreview.com/articles/274035/tottering-technocracy-victor-davis-hanson#
------------------------------------------------------------------------------------------------------------
Expose Obama exposes: The Obama administration has drafted a new,little-noticed executive order that would plainly stifle free speech. The “Disclosure of Political Spending by Government Contractors” order is still a draft,but if the administration has its way,the order will be in full force soon. http://www.exposeobama.com/2011/08/08/obamas-executive-order-would-stifle-the-first-amendment/?utm_source=Expose+Obama&utm_campaign=cd2e4ecf4d-EO_08_08_20118_8_2011&utm_medium=email
Posted by Karen at 8:35 AM