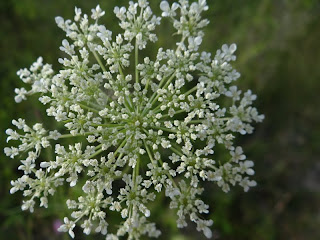 Weapons of Mob Destruction [on flash mobs of violence in America], from Front Page Magazine:


But there is a bigger consequence that arises from the expectations for, and the inevitable failure of, welfare-statism. Whether they realize it or not, many Americans, as well as their British counterparts, are undermining the social integrity of their own societies. Little incentive remains for providing for oneself — or for that matter, one’s offspring — when the grotesqueness of the “social safety net” renders this virtue irrelevant. When society has removed all negative consequences to poor life choices, which keep people and their progeny nestled in the underclass (child abandonment, disdain for eduction, glorification of thug culture, etc.), it effectively rewards them. It is thus absurd to expect these behavioral trends to disappear rather than the reverse.
The situation is all the more exacerbated by a culture that shields the very segments of society that perpetuate these trends from any scrutiny and responsibility — primarily due to cowardice over racial matters. Hence the sweeping media silence on the disturbing trend of minority-perpetrated mob violence, evident in most of the reportage on these incidents. Here again, on even this most rudimentary level, negative consequences for self-destructive behavior are lifted. We cannot even identify the source of such criminality, nor demand change on the part of the offenders.
It is a rationale ignited by the cradle-to-grave expectations perpetrated by the welfare state. One that ignites anger, resentment and rioting when those expectations are threatened with extinction. http://frontpagemag.com/2011/08/10/weapons-of-mob-destruction-2/2/
------------------------------------------------------------------------------------------------------------
Examiner.com writes: According to an article at the Peoples World, the Red School Bus tour made its final stop for the summer in Hurst, Texas on Thursday.
The tour, organized by the Southern California Young Communist League (YCL), a branch of the Communist Party USA, was intended to introduce children to the wonders of communism and Marxist doctrine.
According to a post at P/Oed Patriot, the tour included:


lively classes and discussions: Marxism and the Political Moment: Building the movement for change; The Crisis of Capitalism Today: Causes of Crisis and the Class Struggle; Working Class and the Labor Movement; Racism, Immigrant Rights, women’s rights, LGTB rights and the struggle for equality; The CPUSA and YCL, envisioning Bill of Rights Socialism and how to get there. Also plenty of cultural, social and recreational activities.


CNS New reports State and local education officials have been begging the federal government for relief from student testing mandates in the federal No Child Left Behind law, but school starts soon and Congress still hasn't answered the call.

The Detroit News reports: Michigan has removed about 30,000 college students from its food stamp program — close to double the initial estimate — saving about $75 million a year, says Human Services Director Maura Corrigan. Federal rules don't allow most college students to collect food stamps.  [How crazy is that?]
"Maybe (students) could go get a part-time job — that's what I did," said Corrigan, a former justice of the Michigan Supreme Court who attended Detroit's Marygrove College and University of Detroit Mercy School of Law.
"We want to encourage people to be self-sufficient, not to be dependent on the government," she said in an interview with The Detroit News.

The slum dwellers of London are not well-educated - they reject the very concept of education - but are perfectly capable of drawing their conclusions. The only thing that will stop the rioters is boredom or exhaustion.

Today, those at the bottom of society behave no better than their forebears, but the welfare state has relieved them from hunger and real want.
Meanwhile, sanctions for wrongdoing have largely vanished.

These kids are what they are because nobody makes them be anything  different or better.
So there we have it: a large, amoral, brutalised sub-culture of young British people who lack education because they have no will to learn, and skills which might make them employable. They are too idle to accept work waitressing or doing domestic labour, which is why almost all such jobs are filled by immigrants.
They have no code of values to dissuade them from behaving anti-socially or, indeed, criminally, and small chance of being punished if they do so.
They have no sense of responsibility for themselves, far less towards others
They are an absolute deadweight upon society, because they contribute nothing yet cost the taxpayer billions. Liberal opinion holds they are victims, because society has failed to provide them with opportunities to develop their potential.
Most of us would say this is nonsense. Rather, they are victims of a perverted social ethos, which elevates personal freedom to an absolute, and denies the underclass the discipline — tough love — which alone might enable some of its members to escape from the swamp of dependency in which they live.
Only education — together with politicians, judges, policemen and teachers with the courage to force feral humans to obey rules the rest of us have accepted all our lives — can provide a way forward and a way out for these people.