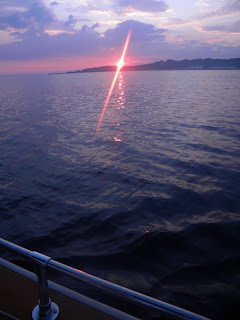 The UK Daily Mail reports: Mayor Michael A. Nutter, telling marauding black youths “you have damaged your own race,” imposed a tougher curfew Monday in response to the latest “flash mob” — spontaneous groups of teens who attack people at random on the streets of the city’s tourist and fashionable shopping districts.
“Take those God-darn hoodies down, especially in the summer,” Mr. Nutter, the city’s second black mayor, said in an angry lecture aimed at black teens. “Pull your pants up and buy a belt ‘cause no one wants to see your underwear or the crack of your butt.”

NewsDze-Zimbabwe: This is the shocking moment a young man is apparently forced to hand over all of his clothes after appearing to be stripped naked during lawless riots overnight.

The Hill opines: Al Gore is using this hot summer to turn up the heat on climate skeptics.
The former vice president angrily denounced "bulls--t" from climate skeptics whom he accused of emulating the disinformation tactics once used by the tobacco industry.

Real Aspen reported on Gore’s comments at an Aspen Institute forum Thursday and included an audio snippet on its website.
Gore said:

Gulag Bound writes: Documented: plans are underway right now to electronically control our homes.  Learn about this outrageous encroachment of our freedoms, while we can still stop it.  This is not about “conservative” or “liberal” politics.  It is about civil rights vs. totalitarianism.
A critical video to watch, alright.  Do learn from the expert research and analysis of Patrick Wood, editor of The August Forecast & Review.

RedState writes: It’s been less than 24 hours since the Communications Workers of America (CWA) and International Brotherhood of Electrical Workers (IBEW) called 45,000 of their respective members out on strike against Verizon and, already, there are reports of sabotage of Verizon equipment, as well as illegal picketing.

“In addition to inconveniencing our customers, these deliberate disruptions of our network have affected hospitals, paramedics, fire fighters, law enforcement and other first responders. Verizon is working closely with local authorities to investigate these sabotage incidents, and identify and prosecute those responsible to the fullest extent of the law. And we will not hesitate to terminate any employee who may be involved in these acts.
“In addition, there have been circumstances where union picketers are showing contempt for our customers by illegally preventing us from accessing the tools we need to serve them,” said Mason. “We are taking legal action to end this unlawful activity.”