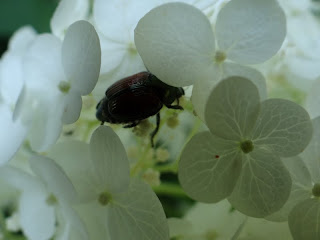 CBS News reports: As riots in the U.K. become increasingly volatile, bands of vigilantes, in this case Muslim ones, are roaming the streets looking to take on any and all comers — mainly because three of young men in their community were run down and killed while trying to defend their family’s business. Now since many of the rioters are reportedly black, racial tensions between the two groups have flared, with one Muslim man vowing to “hunt down these black men, cut off their heads and feed them to our dogs.”
And with the police nowhere to be seen, the town’s Muslims are allegedly gearing up with bricks, stones, clubs and cricket bats to ward off the marauding gangs.
But while their unified stance in Birmingham’s west end reportedly saved a row of family-run shops and a mosque from destruction, it came at a steep price.
CBS and AP brings us the details of how three brothers were killed by a carload of rioters:

Wednesday’s 1 a.m. slaughter has laid bare racial tensions underlying this week’s riots in Birmingham, Britain’s second-largest city and its most ethnically diverse. A fifth of the city’s 1 million “Brummies” are Muslims, most commonly of Pakistani origin. About 7 percent are black, mostly Caribbean, in background.
Speaker after speaker complained that they had pleaded by phone for police protection the previous night, when black gangs raided local markets and chased bar staff onto the roof of one pub, yet police failed to respond. Some argued that the police had warned them not to attempt to defend their own streets, yet had offered no alternative.
The three dead men “did nothing wrong! They died because they were doing the job of protecting our community. The job that you lot should have been doing!” one speaker shouted, jabbing an accusatory finger at the police panel.  http://www.cbsnews.com/stories/2011/08/11/501364/main20091140.shtml

This is happening while we sit silent and I say that as a Liberal Democrat, as someone who worked and campaigned for Barack Obama.
We have evidence in Canada of this penetration that’s going on.”

“Instead of bringing victory over the fascist forces of the Muslim Brotherhood, we now recognize that their infiltration is right up to the American White House, but we can’t say that.”
“Today we are fighting another idea of Islamo-fascism that has shut our mouths and we can’t speak because we’re too scared that someone may turn around and call us a racist. And mind you, everyday as I speak, a few dozen Muslims would have been killed by now by these Jihadi’s.”

America’s government-controlled media fail to report the truth, which is why many Americans research, self-educate and become citizen journalists in order to bring you the truth. On this subject, we have previously explained that Islamism is not a religion; it is a complete system comprised of totalitarian rule over day-to-day life – political, financial, legal, social, cultural and religious – and its mission is Jihad. Tarek explains this too.


“Please understand that there is a distinction between Islam as a faith which, along with every other religion, has its own problems, and “Islamism,” which is an ideology, a political ideology, that says that Western Civilization has to be destroyed.”
“The books that are distributed at Eaton Centre and the Dundas Square clearly state by the founders of the Muslim Brotherhood that all Western countries have to be destroyed.” http://gulagbound.com/18956/muslim-brotherhood-in-our-white-house-%E2%80%93-vetting-obama/

American Thinker writes: In making the case for judicial review, Chief Justice John Marshall pointed out that judges take a sworn oath to uphold the laws of the United States.  Until last month, it would have been unnecessary to stress that he was obviously referring to actual laws, not the unfulfilled fantasies of a lone member of Congress.  Nevertheless, on July 7, in a case largely ignored by the media, dissenting Justices Breyer, Ginsburg, Sotomayor and Kagan carried judicial activism to new heights by advocating a stay of execution on the basis of an imaginary law. They thereby revealed themselves to be so desperate to save barbaric murderers that they unashamedly and brazenly sought to apply un-enacted legislation introduced on June 14 by one senator, Patrick Leahy, with not a single cosponsor and by no representative at all.  They had to know that this was not going to pass, because it had never been seriously considered in over seven years -- even when those least unlikely to vote for it controlled both houses of Congress and the presidency.
It is noteworthy how easily the Leal dissenters slithered from lack of a statute to pending legislation, inviting the gullible to believe that the latter is a substitute for a duly enacted law.  Their claim that it had a good chance of passing was obviously disingenuous, refuted by the lack of even one cosponsor and the failure to pass it since the need for it first became apparent seven years earlier.  http://www.americanthinker.com/2011/08/the_threat_of_liberal_judicial_activism_reaches_new_heights.html
------------------------------------------------------------------------------------------------------------
The Daily Interlake opines: It would seem obvious that how we educate our children is also how we preserve our culture. It is the solid foundation that allows us to even speak of a culture — a shared experience that defines who we are.
If that is the case, then modern education has failed.
And there is no doubt what the answer has to be — the shift in the purpose of education from 1900 when America was still a strong, tradition-based society to 1947 when the Rev. King was already seeing “half truths” in the classroom all the way to 2011 when education has become a vehicle for social change rather than the conduit of self-evident truth.
Everything that was taken for granted in schools 100 years ago is taken to the garbage dump today. Ask yourself: Do public schools still have the courage to promote the brilliant accomplishments of America and Christianity? Or do they toss our traditions aside for the Golden Calves of multi-culturalism, relative truth, and the propaganda of social justice?
The answer, of course, is that as an institution — not necessarily as individuals — modern education has joined with Karl Marx, Jeremiah Wright and Bill Ayers in questioning the value of America’s contribution to society and the worth of our founding principles.  http://www.dailyinterlake.com/opinion/columns/frank/article_a03fa174-c544-11e0-81e4-001cc4c03286.html
------------------------------------------------------------------------------------------------------------

[How President Obama secured favorable numbers on Obamacare from the CBO - force a lie into the calculations.....] The Washington Examiner reveals: Section 1401 of the Affordable Care Act says an insurance plan is unaffordable if the employee portion of an employer-offered health insurance premium "exceeds 9.5 percent of the applicable taxpayer's household income." So a family of four whose breadwinner earned $80,000 would be eligible for subsidies if the nominal premium for the plan that his employer offered exceeded $7,600 a year. The average family premium in 2010 cost $13,770, so millions of Americans would have been eligible for generous Obamacare subsidies.
But when the Congressional Budget Office scored the Obamacare legislation, analysts were instructed to use a different definition of affordable coverage. Instead of comparing a family's income to the cost of insuring a family, the CBO scored a family's income to the cost of insuring just the individual employee. The average premium for an individual policy costs far less than the average family premium ($5,049 compared with $13,770). So, all of a sudden, our typical family with household income of $80,000 would not have qualified for Obamacare subsidies. However, it still would have been on the hook for expensive health coverage because of the individual mandate. A recent study estimated that it would have cost $47.5 billion a year to close this subsidy gap.

The White House pushed it to every major media outlet, and made it “Photo of the Day” on its official website. It was an obvious attempt to carve an iconic image into the American consciousness with a mass-media chisel.

The Washington Post opines: President Obama spoke of lofty intentions to help the world reduce greenhouse gases when he addressed delegates to United Nations talks in Copenhagen in 2009.
“We have charted our course, we have made our commitments, and we will do what we say,” he said. “Now I believe that it’s time for the nations and people of the world to come together behind a common purpose.”
But the Obama administration is on track to fall more than $200 million short on its $1 billion pledge to help prevent the cutting and burning of tropical rain forests. Lawmakers have slashed requests on everything from promoting clean energy to helping developing nations cope with the effects of global warming. And although the United States is putting into place standards for autos and trucks that will drastically reduce emissions, its negotiators are fighting with European Union officials over their attempt to regulate U.S. airline carbon emissions. http://www.washingtonpost.com/national/health-science/obama-administration-encounters-opposition-to-international-climate-agenda/2011/08/01/gIQAnRWoFJ_story.html
Posted by Karen at 7:02 AM