Opinion pieces on our President; Obama loses 33,000 Twitter followers; Our shrinking economy; Obamacare job losses; Obama is confused about math; Ethanol edicts causes many job losses; Mexico unemployment about half of ours; 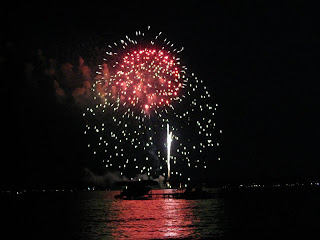 Forbes opines: President Barack Obama’s speech to the nation Monday night was highly disturbing.  Because read carefully, it reveals a president wildly divorced from the fundamental realities of the nation he is supposed to be leading.
President Obama actually told America on national television that it is a nation “with a system in which the deck seems stacked against middle class Americans in favor of the wealthiest few.”  It is incomprehensible how a man serving as president of these United States could make such a fundamentally false assertion about his own country. official IRS data showed that for 2007 the top 1% of income earners paid more in federal income taxes than the bottom 95% combined. Obama’s wildly erroneous statement Monday night indicates he is not living in the real world, which is dangerous for America.  These tax policies so heavily skewed against the nation’s small businesses, job creators and investors are central reasons why there has been no recovery from the last recession, why working people can’t get jobs, why their wages are falling in real terms, why unemployment is still rising 3.5 years after the last recession started, why a record number of Americans are in poverty.  As a consequence, in reality, it is Obama’s anti-market economic policies that are actually in effect stacked heavily against the middle class, working people and the poor. http://blogs.forbes.com/peterferrara/2011/07/28/president-obama-is-no-longer-tethered-to-reality/


“He’s not bringing us together. He’s willfully dividing us. He’s petulant. Ronald Reagan would never go into the Oval Office without his jacket on — that’s how much he revered the presidency…
Divide us and we all lose. And this has got to stop. And if [Obama's] listening, or one of his people are listening, and you can quote me exactly for what I say, he is not acting presidential, he is behaving in a way designed, in my opinion, to divide us and make us look at each other with skepticism, with suspicion.
That’s the end of America as we know it when that happens.” http://www.theblaze.com/stories/another-home-depot-co-founder-blasts-obama-hes-unpresidential-and-willfully-dividing-us/

The Winston-Salem Journal reports: The 476 employees of Omtron USA's chicken-processing plant in Mocksville were bracing for bad news when they went to work Friday.
Employees knew the surging cost of corn was slamming poultry operators small and large.
What employees were handed was a sheet of paper representing the worst-case scenario: The plant at 251 Eaton Road — part of Townsends' Crestwood Farms division — is closing and all jobs are being eliminated by Oct. 4.