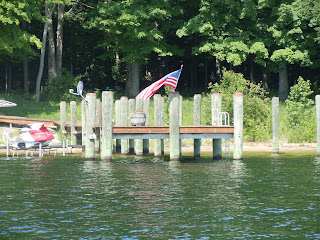 CNN reports: "The idea of doing things on my own is very tempting, I promise you, not just on immigration reform. But that's not how our system works. That's not how our democracy functions," Obama told the National Council of La Raza.
empty," he said.
Audience members greeted Obama with a standing ovation, and responded to his discussion of immigration reform by chanting, "Yes you can, yes you can."
"I need you to keep building a movement for change outside of Washington, one they can't stop, one that's greater than this community," Obama told them.
"Feel free to keep the heat on me and the heat on Democrats. But here's the thing you should know, the Democrats and your president are with you, don't get confused about that," he said Monday.
"I swore an oath to uphold the laws on the books. That doesn't mean I don't know very well the real pain and heartbreak that deportations cause. I share your concerns and I understand them," he said Monday. "We work every day to make sure we are enforcing flawed laws in the most humane possible way."  ["One they can't stop: he must be speaking of Obamacare or the Stimulus, both of which were not written, as the Constitution commands, by the Congress - but by the SEIU.  Yes, that would be great for him, to have La Raza working with him to upend that pesky old Constitution.] http://edition.cnn.com/2011/POLITICS/07/25/obama.la.raza/index.html
-------------------------------------------------------------------------------------------------------------
Vision to America reports: Pete Stark (D-CA) told an audience Saturday morning that the Debt Limit debate is a ‘’political charade’. Not exactly anything that President Obama wants the American people to hear while he’s trying to convince them of the utter, complete and immediate need to raise the limit.


“You’ve heard a lot about the Debt Limit.  And I guess that’s – I don’t know how many of you are worried about it or concerned about it.  The fact is I think it’s a political charade.