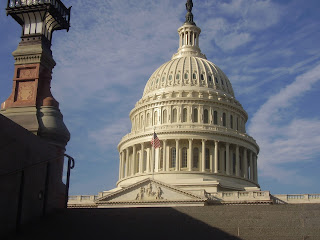 From the Whitehouse.gov website: On October 14, 2010, the Climate Change Adaptation Task Force, co-chaired by the White House Council on Environmental Quality (CEQ), the Office of Science and Technology Policy (OSTP), and the National Oceanic and Atmospheric Administration (NOAA), released its interagency report outlining recommendations to President Obama for how Federal Agency policies and programs can better prepare the United States to respond to the impacts of climate change.  The report recommends that the Federal Government implement actions to expand and strengthen the Nation’s capacity to better understand, prepare for, and respond to climate change.  These recommended actions include: