Congress to Vote on Anti-Obesity Fund; Islamic Law for US Troops; No Work, No Pay; Facebook A Dream Come True for the CIA; Congress Eliminates Some of Obamacare; Ryan's Budget; We Are One Rallies Fail; 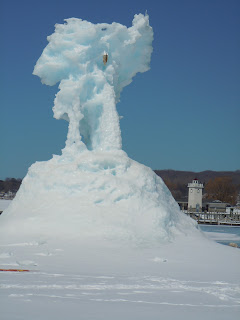 Daily Caller reports: -As Congress continues to battle over budget cuts, one House subcommittee took the first step toward defunding a slush fund of taxpayer money used for anti-obesity campaigns throughout the country. In a little-noticed hearing last Thursday, the House Energy and Commerce Committee’s Health Subcommittee voted out legislation that would repeal the Prevention and Public Health Fund that was created in the health care reform bill. The fund is a permanently authorized and appropriated subsidy for the Communities Putting Prevention to Work (CPPW) initiative (originally funded through the Recovery Act) that gives grants.
But even more staggering is the rate at which the already-appropriated funds increase from year to year, per the language of the health care bill. The legislation authorizes $500 million for fiscal year (FY) 2010, then $1 billion by FY 2012, $1.5 billion in 2013, and finally, $2 billion from 2015 and “each fiscal year thereafter”.
That eventual $2 billion in taxpayer money would be controlled by the Centers for Disease Control and Prevention (CDC), a federal agency under the Department of Health and Human Services (HHS).


Redstate reports: Here's a bit of good news on the We Are One rallies across the country:  In fact, for all the hype for the rallies, most were quite small.