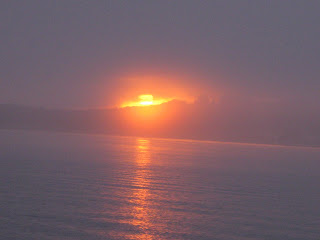 [Following are examples of the new kindness by Democrats, requested by a tearful Nancy Pelosi as well as our President, following the shootings in Tucson.  They so want us to stick to the discussion of issues and not say mean things about each other, right?  After all, name calling and angry words can lead to violence!  It must make our President proud.  Notice that he is no leader, for he is not asking for civility.]
Daily Caller reports: A group of Washington, D.C. residents say they plan to leave their trash at House Speaker John Boehner’s house in the event of a government shutdown, an action their Facebook page says is retribution for the loss of city services a shutdown would cause.

Speaking in Tucson following the tragic shooting there, this is some of what our fearless leader said:  "The loss of these wonderful people should make every one of us strive to be better in our private lives -- to be better friends and neighbors, co-workers and parents. And if, as has been discussed in recent days, their deaths help usher in more civility in our public discourse, let's remember that it is not because a simple lack of civility caused this tragedy, but rather because only a more civil and honest public discourse can help us face up to our challenges as a nation.

We can question each other's ideas without questioning each other's love of country, and that our task, working together, is to constantly widen the circle of our concern so that we bequeath the American dream to future generations." http://abcnews.go.com/Politics/obama-speech-transcript-president-addresses-shooting-tragedy-tucson/story?id=12597444&page=4

National Review writes: Indeed, Harry’s Reid dramatic shift on spending cuts — from denouncing the initial GOP offer ($32 billion) as “draconian” and “unworkable,” to celebrating a $38.5 billion spending cut as “historic” — is remarkable in and of itself. Also telling was the way that Democrats artificially inflated the amount of cuts being offered. (At least they care enough about the political sensibilities of American voters to lie to them about it).  http://www.nationalreview.com/corner/264308/boehner-wins-big-andrew-stiles

National Review opines: The House got an agreement out of Harry Reid and the White House to prohibit taxpayer funding for abortions in the District of Columbia, and to allow a vote in the Senate over Planned Parenthood funding (and Obamacare).  The Speaker and the Republican caucus who stood with him, his team, and his leadership, deserve gratitude tonight. I’m certainly grateful. I think they were smart negotiators. I think the Dems probably made a long-term mistake making Planned Parenthood the story today. I think there will be some revealing hearings to come.  http://www.nationalreview.com/corner/264300/culture-life-win-thanks-house-kathryn-jean-lopez

Here are some of the particulars of what John Boehner extracted from the Democrats as part of the new law, from Boehner's website: