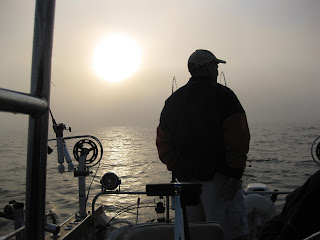 At the request of some of my readers, I am putting on my blog the email address of Greg Marshall at 1270 AM - WMKT - on whose show I was the guest for an hour last Friday.  As a reader wrote: FYI to all, Greg's email address is: marshall@1270wmkt.com. Be sure to request a repeat performance of Karen's Corner live on the radio! I sure did!  And I thank you who actually do this!

The Washington Post carries this piece: Opinion | One and done: To be a great president, Obama should not seek reelection in 2012

The Week Magazine writes: The Michigan Department of Civil Rights is investigating a woman who advertised for a "Christian roommate."  Housing official Nancy Haynes said that while people can choose to live with whomever they want, the woman's ad constituted a "discriminatory statement" that violate the Fair Housing Act.  "Our interest really lies in her getting some training, said Haynes, "so that this doesn't happen again."
------------------------------------------------------------------------------------------------------------
From the Washington Post comes this: "Every single great idea that has marked the 21st century, the 20th century and the 19th century has required government vision and government incentive."  Joe Biden, Oct. 26 [Does he really believe this to be true?  Oh, my!]  Joe Biden, Oct. 26   General Motors, an appendage of the government, which owns 61 percent of it, is spending some of your money, dear reader, on full-page newspaper ads praising a government brainstorm - the Volt, Chevrolet's highly anticipated and prematurely celebrated (sort of) electric car. Although the situation is murky - GM and its government masters probably prefer it that way - it is unclear in what sense GM has any money that is truly its own. And the Volt is not quite an electric car, or not the sort GM deliberately misled Americans into expecting.
Mark Reuss, president of GM North America, said in a letter to the Wall Street Journal: "The early enthusiastic consumer response - more than 120,000 potential Volt customers have already signaled interest in the car, and orders have flowed since the summer - give us confidence that the Volt will succeed on its merits." Disregard the slipperiness ("signaled interest" how?) and telltale reticence (how many orders have "flowed"?). But "on its merits"? Why, then, the tax credits and other subsidies?
The Automotive Engineer in Chief - our polymathic president - says there will be a million plug-in cars in America by 2015. This will require much higher gasoline prices (perhaps $9 a gallon) and much bigger bribes: GM, which originally was expected to produce as many as 60,000 next year, now says 10,000 for all of North America. http://www.washingtonpost.com/wp-dyn/content/article/2010/11/12/AR2010111204494.html?hpid=opinionsbox1