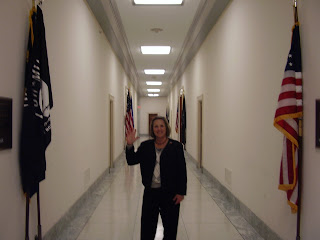 I was interviewed yesterday on WMKT Radio, 1270 on our radio dial in Michigan, by talk show host Greg Marshall.  I conversed with him for the full hour and he kindly offered my blog address to his listeners.  I hope some of you, might let him know that you would like to have me on his show again! Greg has a Facebook page which can be found at http://www.facebook.com/pages/The-Greg-Marshall-Think-Tank/275069112118.  Join him at his Think-Tank! or email him at Thanks again, Greg!

http://www.wmktthetalkstation.com/.   We need to keep broadcasting the news that mainstream media doesn't cover.

May this be the standard way our troops are greeting when arriving home thru an airport!  Be sure to watch this commercial - it will make your day!  And - thank you (and your families) for your service!

Daily Caller reports: Erskine Bowles and Alan Simpson proposed cutting the U.S. taxpayer’s contribution to the United Nations, an organization which many conservatives and moderates see as anti-U.S. and anti-Israel. The draft proposal recommends reducing the “voluntary” funds that taxpayers dish out to the U.N. each year on top of the dues that each country pays.