The Pharoh-like Visit to India 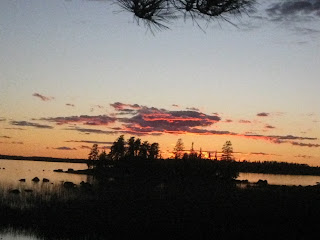 The UK Daily Mail opines: President Barack Obama and First Lady Michelle arrived in India's commercial hub of Mumbai on Saturday, days after voters punished his Democrats in mid-term elections.
Probably not since the days of the Pharaohs or the more ludicrous Roman Emperors has a head of state travelled in such pomp and expensive grandeur as the President of the United States of America.

In the five decades since independence, up until 2000, US presidents came to India only thrice. In just one decade since, there have been as many, signifying the growing strategic importance of the relationship.

No matter how good the backroom diplomacy is, it’s the chemistry between the two chief executives at the summit that makes or breaks deals. This was evident in the manner in which George Bush and Manmohan Singh inked the landmark civilian nuclear deal in 2006. While Bush was the first US President who well and truly de-hyphenated the country’s relationship with India and Pakistan, and is credited with changing the dynamics of Indo-US engagement, the expectations from Obama’s visit are coated with cautious optimism.

More than a year into office, Obama has sent mixed signals to India. His statements against outsourcing to destinations like India have unnerved the industry and his perceived kid-glove handling of Pakistan grates the strategic and diplomatic community.

But if the first-ever visit of a US President to India, that of Dwight D Eisenhower in 1959, was any indication, it was a start as good as any. Eisenhower spent almost a week in India, and from all accounts, his popularity was immense. “The visit was a huge success,” recalls K Natwar Singh, the former external affairs minister who has also been a high-ranking diplomat. “Unlike these days, there was no security. He travelled in an open car in Delhi, and there seemed to be a million people wherever he went. Most importantly, Nehru and Eisenhower got on very well.”