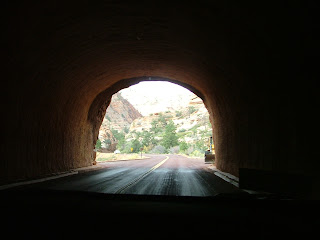 What a romance! She waited as he served time for sixteen counts of bank fraud, selflessly devoting herself to trying to impeach Dick Cheney and to showering federal funds on her biggest, most ethically challenged contributors.
And he persevered inside the graybar hotel, aflame with the inspiration that became Stand Up Straight! How Progressives Can Win, a 628-page manual for how "to reshape the structure of one-sixth of the American economy" -- namely, health care.
Here's how David Horowitz's Discover The Network describes it:

Creamer's book advocated a "public plan" that would guarantee every U.S. resident's "right" to health care; this plan eventually would serve as a model for the "public option" in subsequent legislative proposals by Congressional Democrats.

In addition, Creamer laid out a "Progressive Agenda for Structural Change," which included a ten-point plan to set the stage for implementing universal health care:
"To win," added Creamer, "we must not just generate understanding, but emotion-fear, revulsion, anger, disgust." http://www.americanthinker.com/2010/10/why_doesnt_everyone_know_jan_s.html

The red ink was even darker than expected.  It gets worse:  Without some form of "Congressional action" (read: bailout), the USPS projects it will hemorrhage $238 Billion over ten years, and could go bankrupt by the end of 2011.

The "problem" is that with the advent of email, people simply don't send snail mail at nearly the rate they used to.  A Democratic Congress might look at this problem and decide it's essential that the US Government intervene tand prop up the Post Office's shrinking and outmoded business model.  Hopefully a Republican Congress won't make that mistake.

Parting thought:  Didn't President Obama cite the US Postal Service as a positive example of how to strike a happy balance between the public and private sectors during his Obamacare push?  Yeah, he did.
http://townhall.com/tipsheet/GuyBenson/2010/11/15/us_post_office_lost_$85_billion_last_year