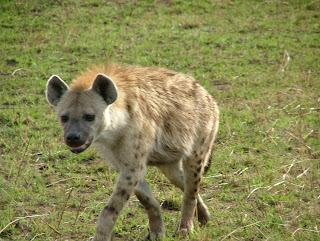 Fox News Reports: As Republican lawmakers lead the charge to cut off public funding to National Public Radio, which has been under fire ever since it sacked Juan Williams last month, the network insists it gets no more than 3 percent of its total budget from taxpayers.
But one analyst has argued that NPR's $166 million budget is actually made up of more than 25 percent of taxpayer dollars and that its member stations across the country haul in another 40 percent of public funds.
Mark Browning of the American Thinker, a conservative online publication, made his calculations based on publicly available information on NPR's website.
Revenues

The Boston Herald writes: So here are your airport choices: submit to sexual molestation or spread your legs, hands over head, and get radiated while some TSA guys down the hall check out your naked body.
To use the overused line, the terrorists have won.
Somewhere, wherever, Osama bin Laden revels in how he’s cowed and humiliated all of us once tough, brave, freedom-loving Americans. I just can’t believe we’re letting the government get away with this baloney.
Think about this, you fools who actually believe naked scanning and crotch grabbing will prevent future terrorists attacks. Think about your 15-year-old daughter’s breasts being squeezed by some stranger.
Think about your pregnant wife being X-rayed, which damages the unborn. Many scientists insist scanners will also increase cancer risk in small children and adolescents. Think of those already sexually molested now facing a public, government-sponsored molestation anytime they take the shuttle to New York.
Meanwhile, while we pathetic little lambs agree to be treated like mass-murder suspects, Osama’s minions are devising clever ways to circumvent us.
Of course, the biggest pusher of scanners is Michael Chertoff, the ex-Homeland Security chief under former President George Bush. The California company that makes the back scanner-style machine was his private client while he was all over TV singing scanners’ praises.
Whoops. U.S. Marshals have already admitted saving 35,000 naked body images from a scanning machine at a federal courthouse in Florida.
I can’t wait for the lucrative TSA black market in naked body scans of 15-year-old boys and girls — and those of famous celebrities.
I can’t wait either for the next so-called “necessary” safety measure. Scanners don’t detect contraband in body cavities. Get ready for airport colonoscopies and gynecological exams. Why not? We all know the safety-first hysterics idiotic mantra: “If that colonoscopy saves one life...”
Refusing to complete the screening process once it’s begun subjects you to civil penalties. My new hero, John Tyner, found that out when he refused to let a TSA screener, in his moving rallying cry, “Don’t touch my junk.” Tyner is facing a $10,000 fine. http://www.bostonherald.com/news/columnists/view/20101116freedom_fades_as_we_grope_for_answers/

------------------------------------------------------------------------------------------------------------
Prison Planet writes: The TSA’s invasive new screening measures include officers literally putting their hands down people’s pants if they are wearing baggy clothing in a shocking new elevation of groping procedures that have stoked a nationwide revolt against privacy-busting airport security measures.
Forget John Tyner’s “don’t touch my junk” experience at the hands of TSA goons in San Diego recently, another victim of Big Sis was told by TSA officials that it was now policy to go even further when dealing with people wearing loose pants or shorts.
Going through airport security this past weekend, radio host Owen JJ Stone, known as “OhDoctah,” related how he was told that the rules had been changed and was offered a private screening. When he asked what the procedure entailed, the TSA agent responded, “I have to go in your waistband, I have to put my hand down your pants,” after which he did precisely that.
Stone chose to conduct the search in public in the fear that the TSA worker would be even more aggressive in a private room. [And the Democrats once thought that tapping into phone calls from USA to a Muslim country was invasive.....]   http://www.prisonplanet.com/tsa-now-putting-hands-down-fliers-pants.html
The San Francisco Chronicle writes: You might think a 3-year-old would whiz through security. A child is non-threatening, wears slip-on shoes, and carries little luggage.
A TSA employee gave Mandy the pat down and she started screaming and kicking her legs. Her dad, Steve, happens to be a TV reporter and caught 17 seconds of the ordeal on his cell phone (watch below).
Why was Mandy searched in the first place? She started crying when she was asked to put her teddy bear through the X-ray machine. This made it difficult for her to walk calmly through the metal detector and she set the machine off twice, which meant she "must be hand-searched."
[Perhaps we could just make a practice of screening Muslims, whose radical brethren seem to always be the terrorists.  So far, children, very old people, and blond American women, among many others,  have not fomented any violence.  For years prior to 9/11 I was "chosen" 98% of the time to be searched and checked for explosives!!!  This video is so disturbing!  Aren't children coached to not let a stranger touch them?  How frightening!  I'm very nervous about flying tomorrow...  When will this madness come to an end?  Get ready for airlines to lose a lot of business.]
Read more:

A TSA employee gave Mandy the pat down and she started screaming and kicking her legs. Her dad, Steve, happens to be a TV reporter and caught 17 seconds of the ordeal on his cell phone (watch below).
Why was Mandy searched in the first place? She started crying when she was asked to put her teddy bear through the X-ray machine. This made it difficult for her to walk calmly through the metal detector and she set the machine off twice, which meant she "must be hand-searched."
Read more: http://www.sfgate.com/cgi-bin/blogs/sfmoms/detail?entry_id=77140#ixzz15TxcOUrI
-------------------------------------------------------------------------------------------------------------
The Washington Times carries this Editorial: The Transportation Security Administration's demeaning new "enhanced pat-down" procedures are a direct result of the Obama administration's willful blindness to the threat from Islamic radicals. While better tools are available to keep air travelers safe, they would involve recognizing the threat for what it is, which is something the White House will never do. El Al, Israel's national airline, employs a smarter approach. Any airline representing the state of Israel is a natural - some might say preeminent - target for terrorist attacks. Yet El Al has one of the best security records in the world.
Here in the United States, these sophisticated techniques have roundly been denounced as discriminatory "profiling." Allegedly postracial America has been unable to come to grips with the difference between immoral and illegal racial discrimination and the prudent use of the types of techniques that police on the beat use every day, which is similar to practices the customs service applies to assessing which packages being sent into the country are licit and which were sent by smugglers. http://www.washingtontimes.com/news/2010/nov/15/obamas-hand-in-your-crotch/