The will of the people; New jobless claims soar; Obamacare repeal would save most money, A move to nationalize nation's pension system; Regualtions.gov 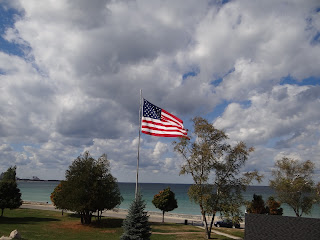 Our Constitutional Republic died a peaceful death on November 6, 2012.
Having reached the point of no return in a comatose state after years
of progressive and illegal immigration assaults, the fabric of
conservative society is now completely unraveled and Uncle Sam’s
America is no more.

The United States of America is now relegated to the dust bin of
history as a “has been” empire. The Shining City on the Hill, the hope
of so many millions since July 4, 1776, no longer exists. What rises
from the ashes is a country that few of us will recognize, like, or
learn to accept submissively.

After 236 years of existence, a new country emerges today, run by
secular progressives who rejected our Constitution, what we stand for,
and who we are as a nation. The Supreme Court will be forever altered
after its last conservative members will be replaced by the liberal
academics who call themselves “progressives.” The rule of law will be
implemented by Executive Orders, making Congress irrelevant.

The communist motto “Forward” that resonated with so many ignorant
Americans will plunge us into many years of darkness from which we
will never be able to recover. We have proven our Founding Fathers
right, they did give us a Constitutional Republic and we were unable
to maintain it.

The forces of the failed communist fundamental transformation that
were driven underground in many places around the world, resurfaced
with a vengeance in the United States and have now taken over.

How long we will still have freedom of speech, movement, assembly, and
control of our private property remains to be seen. Faith and churches
will be driven underground; allowing secularism to prosper and take
deep roots among the progressives whose God is Mother Earth.
The welfare dependent Americans, unions, and illegal aliens have
chosen for the rest of us the dark path of serfdom to big government
and to socialist utopia

Who would have guessed that the very people who were complaining that
the government is not extricating them from disaster or giving them
the help they needed in the aftermath of Hurricane Sandy, would vote
for the very politicians who turned their backs on needy Americans
after the lights went dark when the political photo opportunities
ended?Who would have guessed that Americans were as ignorant and
irresponsible as to choose fiscal destruction over fiscal sanity for
their children and grandchildren, secularism and communism over faith,
dependence over personal responsibility and self-reliance?Americans have been protesting for the last four years the dismal
state of the economy and the direction of our country, the corruption
of our politicians, and the loss of personal and economic freedom.

Rallies in support of conservatism overwhelmed venues for Mitt Romney
while rallies for our bumbling President became scarcer and scarcer.
Yet, miraculously, at the ballot box, our President won all over the
country.We lost seats in the Senate. Americans chose liars and cheats to be
their Senators and Representatives, rejecting those who protected the
Constitution. The candidate from Massachusetts who claimed direct
American Indian lineage to Pocahontas is now a Senator, having
defeated Scott Brown. Representative Allen West lost his seat by a
narrow margin to the infamous Patrick Murphy


Americans chose high unemployment, reduction of our military,
communist indoctrination of their children, and loss of personal
freedoms unlike we have never seen before in this country.

I am saddened by the loss of millions and millions of American
soldiers who have died to preserve freedom yet we lost it on November
6, 2012. Those buried in cemeteries around the world and at Arlington
must be rolling in their graves today. We shamelessly allowed their
sacrifice of blood and treasure to go in vain. We have no honor
because we let down all the soldiers who fought in recent times and
returned home limbless with lives shattered from physical and mental
wounds of war.

I mourn today the loss of my adopted country. I have fought hard over
the last four years to prevent its overt and accelerated destruction,
but the darker forces, stronger than many of us, have overcome concerted
efforts by millions of Americans to maintain the Republic. Mediocrity,
sloth, godlessness, dependence, cowardice, using the law selectively
or ignoring it, and hopeless corruption will define the new country.
Only God can save us now with his mercy and grace.

The 49% living on entitlements have voted a higher tax rate for the 51% who work and pay taxes. Those dependent on government entitlements are now in number large enough to keep in office, those who continue to provide the welfare they enjoy. Our values have eroded to the point that the this generation feels no obligation to work and provide for themselves. Sad….very sad…..