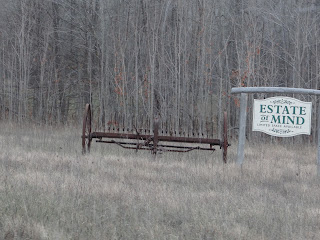 "When the people find that they can vote themselves money, that will herald﻿ the end of the republic." -Benjamin Franklin

Joseph Farrah of WND.com who used to hang out with the likes of Bill Ayres and Bernardine Dohrn has come to the same conclusion many of us have. There is no doubt this election is in the process of being stolen. He cites similar anomalies to Nevada like Michigan, where Romney was tied with Obama the day before the election, but lost to him by 9 points. Inexplicably ALL of the conservative ballot measures and state offices were won by Republicans. It doesn’t wash. As mentioned earlier, the University of Boulder Colorado has not been off by more than 1% in predicting voting in every state during a national election since 1980. They had Romney up significantly.
But a nerve has been struck. Barack Obama Voter Fraud 2012 is a blog set up by Jedd Merill and friends simply to document all the incidents of vote fraud in this election. It’s astounding. They are getting 3,000 visitors AN HOUR at times and have over 160,000 visitors. Many who are contacting them through every imaginable means asking how they can help.
These elections are not certified yet. The only way to get this investigated, much less recounted or overturned, is through the Secretary of State of each of the five key states: Florida, Virginia, Ohio, Pennsylvania and Wisconsin.
Contact your city, state and national media to keep this story alive as well. (Fox News has an email just for this at voterfraud@foxnews.com) ALL the needed info is here: http://noisyroom.net/blog/
-----------------------------------------------------------------------------------------------------------

And in Florida, the Sun Sentinel reported that election workers a week after the election said they found 963 unaccounted-for ballots – in a warehouse. “How can you lose them? This is terrible,” candidate Chickie Brandimarte told officials. Election supervisor Brenda Snipes, however, said it’s routine for various vote totals to be adjusted up until the Nov. 18 final certification.
Also in Florida, residents began demanding changes in the electoral system that handed voters chaos, frustration and delays at polling stations. The Florida League of Women Voters and other groups are demanding from Gov. Rick Scott a plan to draft reforms for the state’s elections.
A poll watcher told WND up to 10 percent of the ballots cast at a polling station in Pennsylvania reverted to a default, which gave Barack Obama a vote no matter who the voter had selected. The incident took place in the state where officials claimed Obama got a total of 19,605 votes in 59 voting divisions to zero for Mitt Romney and not far from the 100 precincts in Ohio where Obama got 99 percent of the vote, a feat not even achieved by third-world dictators. It was in Upper Macungie Township, near Allentown, Pa., where an auditor, Robert Ashcroft, was dispatched by Republicans to monitor the vote on Election Day. He said the software he observed would “change the selection back to default – to Obama.”
Fox News reported that voters in Nevada, North Carolina, Texas and Ohio also said they had pushed a button on a touch-screen voting machine for Romney, but the machines recorded their vote for Obama.
At the White House website, a report in the Examiner explains, there was posted a petition seeking a recount of the race. “In one county alone in Ohio, which was a battleground state, President Obama received 106,258 votes … but there were only 98,213 eligible voters. It’s not humanly possible to get 108 percent of the vote,” the petition claims.
Fox News reported that two election judges were replaced after illegally allowing unregistered voters to cast ballots.
The Columbus Dispatch estimated that more than 20 percent of registered Ohio voters aren’t eligible. “In two counties, the number of registered voters actually exceeds the voting-age population,” the report said. And, it said, in 31 other counties, registrations are above 90 percent of the population, “a rate regarded as unrealistic by most voting experts.”
Fox News also documented how Senate candidate Wendy Long, an attorney who was a clerk for Supreme Court Justice Clarence Thomas, recounted her voting experience. “A poll worker who was at the scanner studied my private ballot and proceeded to tell me that it was rejected because I did not ‘fill in every space.’ She then proceeded to indicate that I should mark the Democratic line all the way down.”  http://www.wnd.com/2012/11/the-big-list-of-vote-fraud-reports/
---------------------------------------------------------------------------------------------------------

In Ohio, Obamacare to Increase Individual Insurance Premiums by 55-85% http://www.forbes.com/sites/aroy/2012/10/29/in-ohio-obamacare-to-increase-individual-insurance-premiums-by-55-85/