Consequences of the election continue 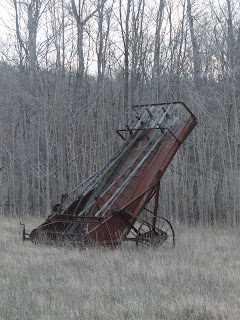 Alan Vera of True the Vote told me [the author of the story] long ago that we have a two party system.  The Corrupt Party and the Stupid Party.  To that fact, during the weekly True the Vote webcast, Catherine Engelbrecht related a meeting she had with RNC Chairman Reince Priebus, asking what the GOP would do about voter integrity.  The answer?
Nothing.  They aren’t legally able to.  (I’m not joking.)
As part of a lawsuit settlement with the Democrat Party, the Gutless Old Party agreed to NOT ENGAGE IN ANY VOTER PROTECTION INITIATIVES.  Two of the clauses read this way:


(e) refrain from undertaking any ballot security activities in polling places or election districts where the racial or ethnic composition of such districts is a factor in the decision to conduct, or the actual conduct of, such activities there and where a purpose or significant effect of such activities is to deter qualified voters from voting; and the conduct of such activities disproportionately in or directed toward districts that have a substantial proportion of racial or ethnic populations shall be considered relevant evidence of the existence of such a factor and purpose;
(f) refrain from having private personnel deputized as law enforcement personnel in connection with ballot security activities.

Is The 29 Hour Work Week Coming As Employers Seek To Escape The Obamacare Mandate? http://cnsnews.com/blog/craig-bannister/29-hour-work-week-coming-employers-seek-escape-obamacare-mandate


By 2017, write the Milliman researchers, “individual health insurance market premiums are estimated to increase by 55% to 85% above current market average rates (excluding the impact of medical inflation).” Because Obamacare forces insurers to cover a buffet of benefits that they don’t have to today, the cost of insurance will go up. Another driver of higher premiums is the fact that insurers will have to cover everyone, regardless of previous health status, a change that will attract sicker enrollees at the expense of healthier ones.
Some Obamacare defenders try to argue that these cost increases don’t matter, because a slice of the low-income population will benefit from the law’s subsidies. But if you’re not eligible for subsidies, or only partially eligible, you will be exposed to the law’s dramatic increases in the cost of insurance. And remember that Obamacare has an individual mandate, which will force most Americans to absorb these higher costs. http://www.libertynews.com/2012/11/12/ohio-votes-for-obama-will-see-insurance-premiums-increase-55-85-as-result/

On Nov.7, the day after President Barack Obama was re-elected, the White House’s website received a petition asking the administration to allow Louisiana to secede.

If 25,000 people sign the petition by Dec. 7, it will “require a response” from the Obama administration, according to published rules of the White House’s online

Unnamed sources tell Fox News that the CIA Annex in Benghazi held three Libyan militia members for days and that retrieving these detainees may have been a motive for the September 11th attack on the nearby US consulate.

This Saturday, the Midwest Marxist Conference was held at Northwestern University’s Medill School of Journalism. The event was teeming with teachers who spoke about the new found bond between the radical socialists and their Teachers Union. The all-day event, which collected money to support Chicago Socialists and featured a communist bookstore, provided students on-campus along with the radical left community to plan the next phase in their activism. http://www.breitbart.com/Big-Government/2012/11/11/Teachers-flock-to-Northwestern-University-Marxist-Conference-journalist-booted